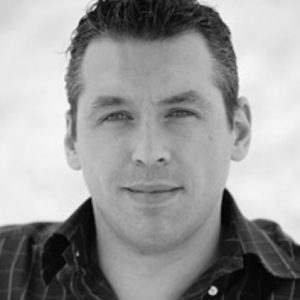 Casablanca and Marrakech, Morocco, 2016-Dec-06 — /Travel PR News/ — Le Spa at Four Seasons Resort Marrakech and Four Seasons Hotel Casablanca announces the appointment of Pedro Manuel Folha Catarino as the new Director of Spa for the Morocco Collection. In his new tenure, Pedro will lead a team of qualified therapists between both properties, and will oversee the menu of services including massages, treatments, fitness, yoga experiences, bespoke Moroccan rituals as well as other seasonal programs.

Pedro was most recently director of wellness at SHA Wellness Clinic in Alicante, Spain where he managed 48 therapists developing new treatments and a menu tailored to meet customer needs in the best possible way.

Pedro previously was Director of Spa at Four Seasons Resort Mauritius at Anahita, where during his three year tenure he introduced new spa brands and played an instrumental role in the Resort’s wellness program.

A graduate of Superior Institute of Espinho in Hotel Management, Pedro began his career as a swimming instructor before taking on various health and wellness roles where he would gain exposure to a rich palette of treatment methods. Always looking to develop his skills, Pedro has completed certificates in a number of practices including aromatherapy, acupuncture, mesotherapy and shiatsu massage among many others.

With a proven track record in operating spas at high-end properties, Pedro’s wealth of skills and knowledge will propel the Morocco Collection Spas to new heights, allowing guests to discover different realms of wellbeing.

The Morocco Collection features two beautiful properties in the Red City of Marrakech and the White City of Casablanca. Le Spa at Four Seasons Resort Marrakech is a luxurious sanctuary of 15 spa treatment rooms influenced by Middle Eastern traditions and contemporary Western treatments. Inspired by local culture and authentic Moroccan ingredients, discover signature treatments such as the Argania massage, which uses the finest argan and essential oils.

Le Spa at Four Seasons Hotel Casablanca features the most luxurious wellness experience in town. Opulent in design, the signature spa features warm-toned local stone and golden accents creating the perfect backdrop for spa treatments inspired by Moroccan traditions. Bespoke treatments have been crafted for guests with busy schedules, including the signature anti jet-lag hammam. Rejuvenate after a long day of business or simply relax during an oceanfront holiday.