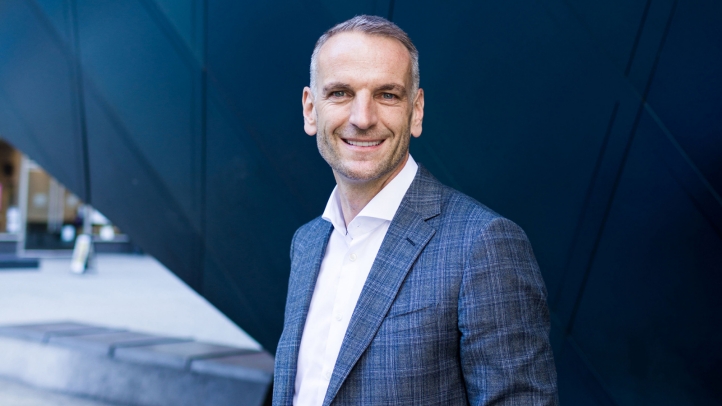 San Francisco, U.S.A., 2021-Jul-29 — /Travel PR News/ — Four Seasons Hotels and Resorts has announced the appointment of Konrad Gstrein as General Manager of Four Seasons Hotel San Francisco. Gstrein takes the helm at the Five-Star address at a unique moment, overseeing the Hotel’s reopening and welcoming guests to experience modern and spacious interiors within a 42-storey tower that was the first skyscraper of the 21st century completed in the city.

“This is so exciting to be a part of,” says Gstrein. “We’re open and ready for business, looking forward to welcoming guests who have loved this Hotel for years, as well as a new generation of travellers who are discovering Four Seasons hospitality for the first time. There will be a lot of creative experiences and surprises waiting for everyone to enjoy here in the City by the Bay.”

Born in the skiing destination of Sölden, Austria, Gstrein was working in a local tourism office when he came across a magazine article on Austrians who’d seen success abroad. Among those featured was Thomas Steinhauer, then General Manager of Four Seasons Resort Maui at Wailea, now a Regional Vice President based in Florida. After reaching out to the magazine for contact details, Gstrein was able to arrange an interview with Steinhauer, who offered him a starting position at the beachfront resort.

He later moved on but stayed with the company, zipping across the Pacific and the continental US while growing his expertise on the rooms side of operations in Sydney, New York, Philadelphia, and Hualalai on the Big Island of Hawaii. In 2012 Gstrein returned to where his Four Seasons career began as Resort Manager at Wailea before heading to Los Angeles to become Hotel Manager of Beverly Wilshire, A Four Seasons Hotel.

You may also be interested in:  Experience Romance in the Tetons: Four Seasons Resort and Residences Jackson Hole offers couples rituals, dessert duets, and après ski drinks this February

In 2017, Gstrein became General Manager of Four Seasons Hotel Toronto as the property was honoured with a Five-Star rating from Forbes Travel Guide for the eighth consecutive year and its Spa with its first Five-Star rating ever. He oversaw the launch of Café Boulud by Chef Daniel Boulud, and the debut of the d|azur patio space inspired by the romance and elegance of French Riviera.

Now right at home and leading the team at 757 Market Street, Gstrein sees his mission as highlighting the Hotel’s central location, room product – including 46 suites redesigned with modern décor and furniture – and continuing the successful journey of the property as it approaches its 20th anniversary on October 11, 2021.