“Duke Beardsley’s name is synonymous with Western art,” says the Hotel’s General Manager and Regional Vice President Thierry Kennel. “In addition to Duke painting in our lobby daily, he will display his works throughout EDGE Restaurant for guests to enjoy throughout January.”

In conjunction with the studio, the Hotel and EDGE will host a variety of events, including:

Rodeo Rampage, a Hotel stay package for the month of January 2015 during Beardsley’s residency, includes:

Beardsley is a sixth generation Coloradan whose western roots run deep and are integral to the subjects he paints. Raised in Denver and on a family cattle ranch in eastern Colorado, Duke has been drawing and painting images of the American West as long as he can remember. His unique blend of modern art styling and traditional western iconography reflects his upbringing and has made him a popular favourite among fans of contemporary American western art.

You may also be interested in:  EDGE Bar at Four Seasons Hotel Denver to mark the 36th annual Great American Beer Festival with variety of activities

His work has been featured in notable exhibitions across the United States including the Coors Western Art Show and the Buffalo Bill Art Show and Sale. In 2007 Duke’s work was included in Out West: The Great American Landscape, a groundbreaking exhibition of contemporary American western art that toured China. 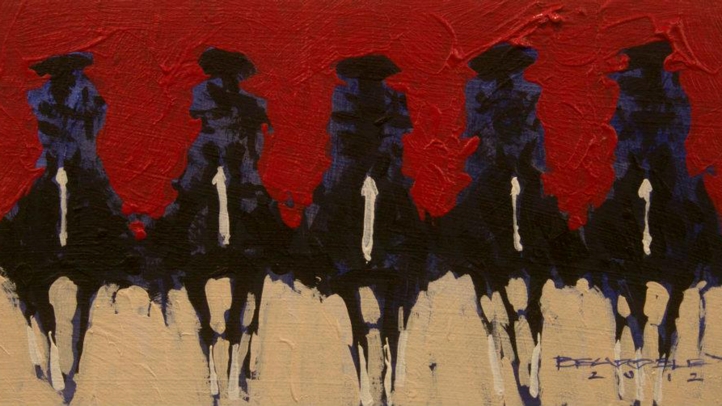 Four Seasons Hotel Denver and EDGE Restaurant welcome artist Duke Beardsley as its first “artist in residence” from January 9 to 31, 2015