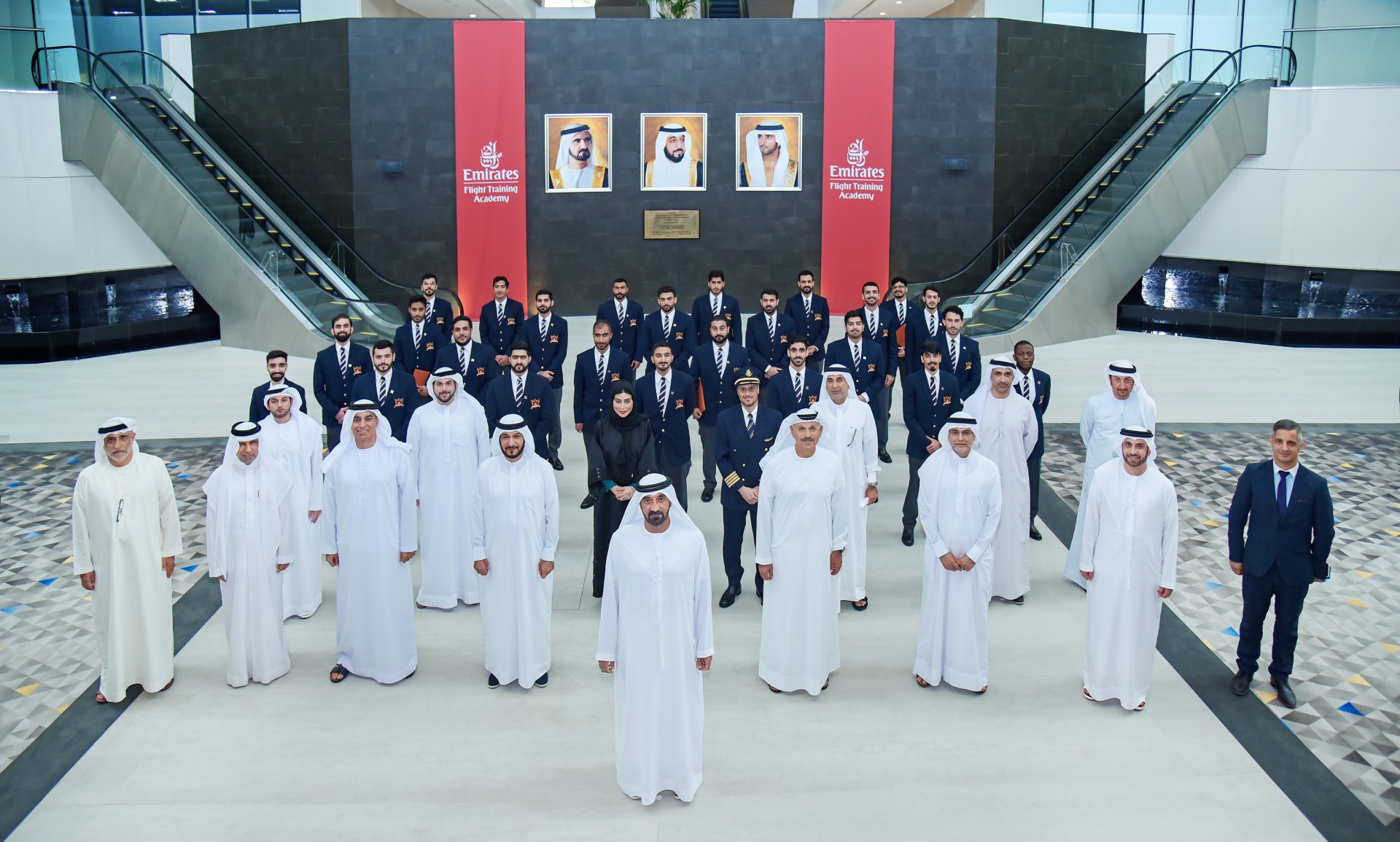 The cadets were cheered by their families as they proudly took to the stage to receive their certificates. The ceremony was also live-streamed for families and friends who were unable to physically attend. His Highness Sheikh Ahmed handed the certificates to the successful cadets, who have all completed 1,100 hours of ground-based training and 215 hours of flight instruction (including simulator flying) to obtain their Integrated Air Transport Pilot Licence. The graduates now move on to complete their Type Rating.

His Highness Sheikh Ahmed commented: “Today we commend the Emirates Flight Training Academy graduates for their hard work and achievements. Their graduation is a proof of their commitment to pursue their career at Emirates. Despite the unprecedented challenges of the pandemic, Emirates Flight Training Academy shows even more resolute in its commitment to contributing to the recovery and growth of both the UAE and the global aviation sector, by helping to mould the next generation of future aviators.”

Captain Abdullah Al Hammadi, Vice President Emirates Flight Training Academy said during the opening speech at the graduation ceremony: “Today is a special day for Emirates Flight Training Academy, as we host the second graduation ceremony, and the first-ever on its grounds. This proud moment allows us the opportunity to contemplate on the Academy’s successful journey so far. The 25 cadets sitting before us today, are a testament to perseverance through adversity. Not only have they completed one of the toughest pilot training programmes in the world, but they have done so with utmost resilience and professionalism. The ceremony will see the 50th cadet graduate, coinciding with the UAE’s year of fiftieth; the golden jubilee. We honour the values and achievements of our founding fathers, as we look forward to setting our ambitions for the next fifty years.”

Mohammad Al Sayegh, cadet graduate, said this during a speech in which he addressed the audience and reiterated the joyous sentiment of all the graduates: “As the years went by, we spent cherished moments between the walls of our classrooms and flying among patches of clouds. It took us numerous sleepless nights, and countless hours of hard work to make it to this day. But we are all here now, we made it. I’d like to thank the Emirates Flight Training Academy for supporting us throughout our journey, and call my fellow graduates to feel proud of themselves, as we look forward to flying our country’s flag up in the skies and around the globe.”

Emirates Flight Training Academy also honoured the highest achievers during the graduation ceremony for their excellent performance across all facets of the training programme.

Cadets are trained using simulators, single and multi-engine aircraft; and are provided with theoretical knowledge of the aviation industry to facilitate their transition into the airline business. The Emirates Flight Training Academy highlights Emirates’ commitment as a global leader in aviation, to train and mentor pilots and meet the future talent requirements of the broader aviation industry as demand gradually recovers.