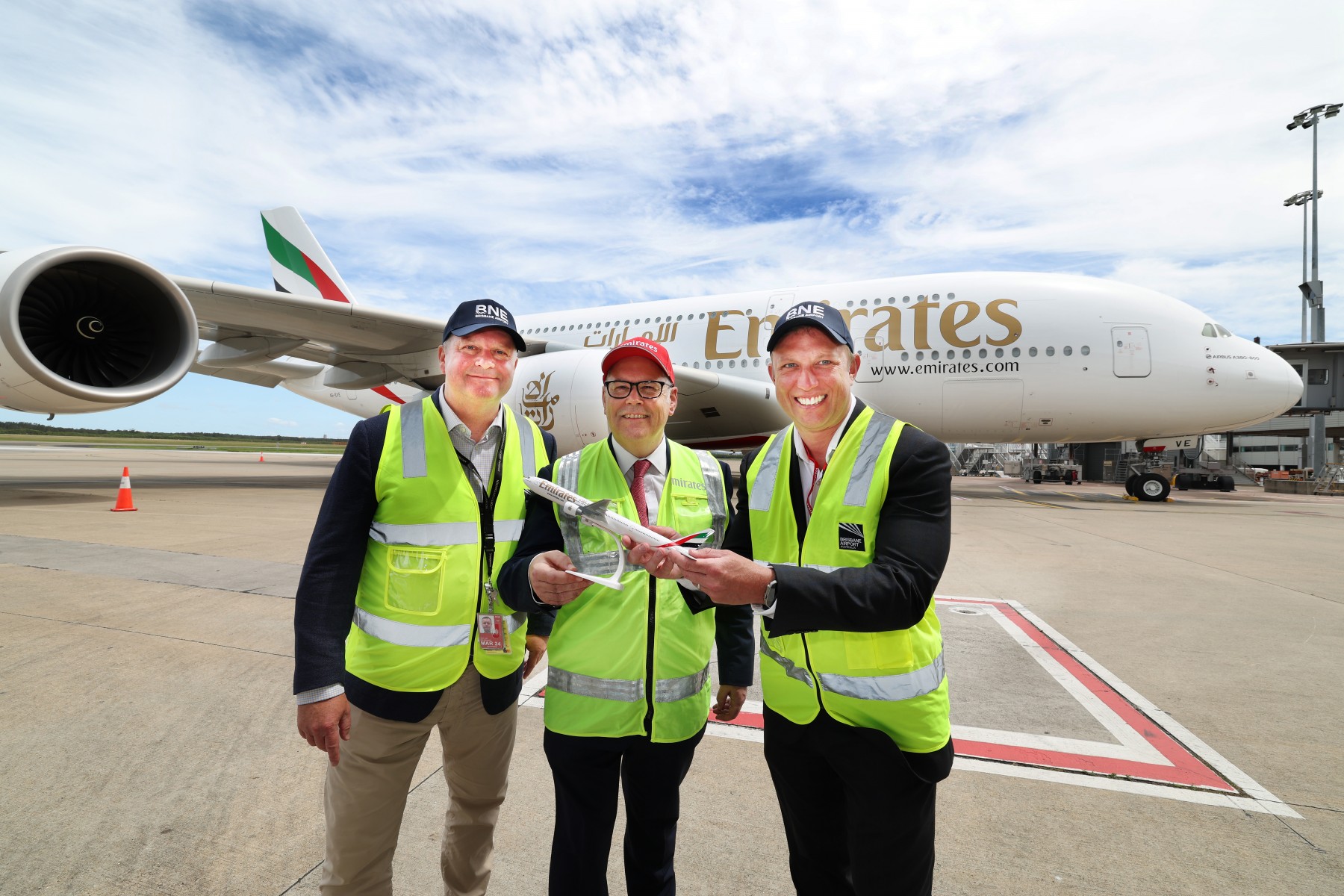 Brisbane, Australia, 2023-Jan-16 — /Travel PR News/ — Emirates is continuing its restoration of operations in Australia with the introduction of an additional daily service to Brisbane. This comes as the airline proudly celebrates 20 years of serving Brisbane, one of Emirates’ four Australian gateways in its global network.

The additional service means Emirates will be back to operating at pre-pandemic levels to Brisbane. The expansion will boost capacity through Brisbane by more than a quarter of a million seats per year both ways.

Barry Brown, Divisional Vice President Australasia at Emirates, said: “Our second daily service to Brisbane begins as we proudly celebrate 20 years of flying to the sunshine state. Not only will this service cater to the demand of Australians looking to travel overseas, but also welcome more travellers and tourists from Dubai and across our global network to enjoy Queensland, Australia’s tourism mecca.

You may also be interested in:  Emirates marks 51st UAE National Day with new range of activities

“The additional service combined with our daily A380 to Brisbane means Emirates will offer almost 12,000 seats to and from Brisbane every week. This is another important milestone in the resumption of our Australian capacity and reaffirms our longstanding commitment to flying down under. We look forward to welcoming more Australians on board to enjoy the Emirates experience.”

“This is a huge vote of confidence in the Brisbane and Queensland market. It effectively doubles overnight the Emirates capacity between the two cities, delivering more seats for major Middle East and European markets. In terms of rebuilding what was lost by covid, this is a significant brick in the wall,” according to Gert-Jan de Graaff, CEO of Brisbane Airport Corporation.

“In October we will celebrate 20 years since Emirates began flying into Brisbane. Through the depths of the pandemic, the airline continued to provide a lifeline to repatriate Australians and enable crucial Queensland exports to continue.”

The expansion was secured under the $200 million joint State Government and industry Attracting Aviation Investment Fund, which was created to boost Queensland’s tourism economy.

Acting Premier of Queensland, Steven Miles welcomed the injection of passenger and freight capacity by Emirates: “The extra service is estimated to provide an additional 730 direct and indirect jobs for the state. Emirates’ extensive worldwide network to over 130 destinations will ensure a high level of connectivity with the United Kingdom, Europe, Scandinavia, Africa and North America.”

With the additional frequency starting in Brisbane on 1 June 2023, Emirates will operate 49 weekly flights to Australia, supporting the revival of tourism and bolstering trade and business opportunities by providing travellers with even more access to and from Australia.

You may also be interested in:  Emirates launches more flights to Germany, Switzerland and Austria

Emirates has been serving Australia for more than 25 years, transporting over 40 million passengers to and from Sydney, Melbourne, Brisbane and Perth, and other destinations via its Dubai hub since 1996. The airline takes tremendous pride in enhancing travel options for customers travelling to and from Australia, strengthening the global reach of local businesses through its expansive network, and benefiting thriving travel and tourism industries by drawing in visitors.

Bookings can be made on emirates.com, the Emirates App, or via both online and offline travel agents.