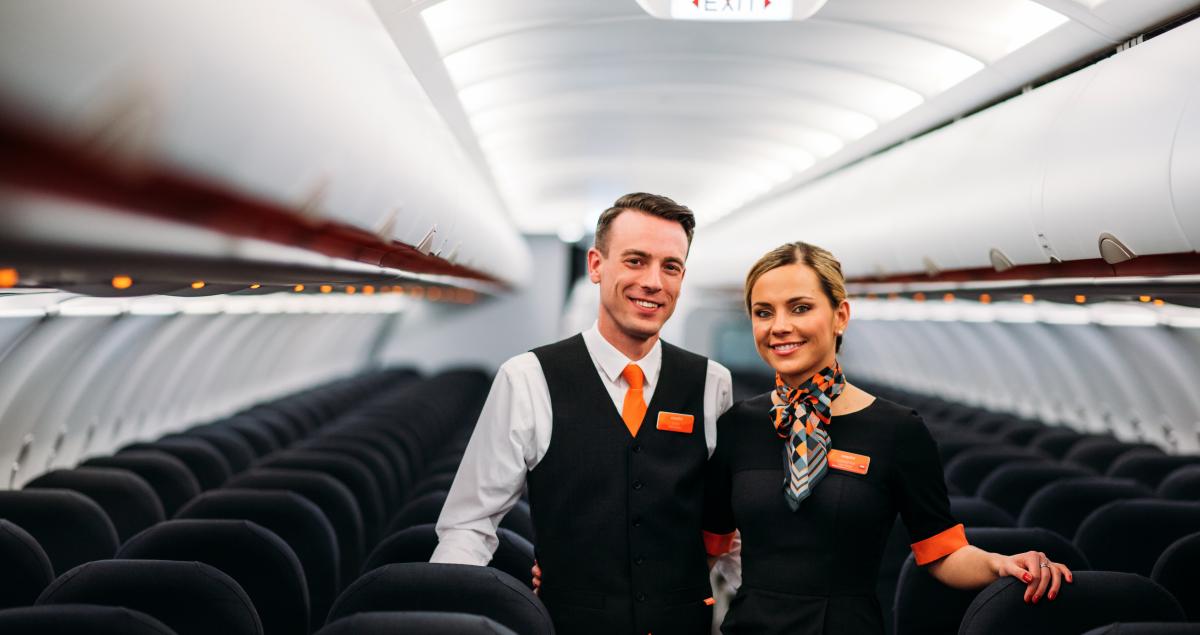 Over 690 new cabin crew positions available in the UK

The airline, which flies more than 300 aircraft on over 1000 routes in 33 countries, will offer its new cabin crew positions at some of easyJet’s largest bases across Europe. New recruits will fly on a modern fleet of Airbus, including the A321neo, and will have access to a number of rewards, high quality training and opportunities for career development.

The recruitment announcement follows the recent launch of easyJet’s cabin crew apprenticeship scheme, offering 25 apprentices a year-long programme combining training at easyJet’s Gatwick academy and on the job experience. easyJet was the first airline in the UK to offer apprenticeships under the new Government apprenticeship standards.

easyJet currently employs over 8,700 cabin crew who are at the forefront of the airline’s operations, ensuring the highest safety standards are met and providing friendly service for easyJet’s 90 million passengers every year.

“We’re delighted to be opening recruitment for more than 1200 cabin crew positions.

“easyJet is a fantastic company to work for with everyone across the airline working together as one team to ensure we provide the excellent customer service to our passengers.

“Being cabin crew is a very rewarding role – our teams are extremely professional and energetic with a real sense of fun. We’re looking forward to welcoming more people into our growing team.”

New recruits will complete a series of online pre-coursework tasks, and will then undertake three weeks of thorough practical demonstrations in areas such as safety procedures, aviation security and first aid.

easyJet’s onboard team includes three Flight Attendants and a Cabin Manager, who work closely with the Captain and First Officer.

Candidates can apply now at careers.easyjet.com

easyJet flies on more of Europe’s most popular routes than any other airline. easyJet carries over 83 million passengers annually, of which more than 13 million are travelling on business. easyJet flies 308 aircraft on more than 1000 routes to 154 airports across 33 countries. More than 300 million Europeans live within one hour’s drive of an easyJet airport.