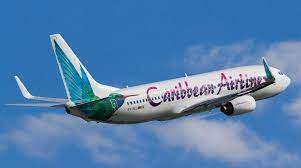 Piarco, Trinidad and Tobago, 2022-Jan-28 — /Travel PR News/ — Caribbean Airlines is delighted to advise that the 737-8 aircraft has been introduced into its commercial operations between the United States and Trinidad and Tobago.

The first flight to the USA on 9Y-CAL , operating BW 520, departed Piarco International Airport on Monday, January 24. It arrived into John F. Kennedy, International, New York at 4.00 a.m. (EST). The return service BW 521, left JFK at 6.30 a.m. and passengers were given special tokens to commemorate the occasion.

Commenting on the start of operations into the USA, CEO Garvin Medera stated: “The entry into commercial service of the 737-8 aircraft, and the introduction of exciting new products like our pre-order meals on select routes is resetting expectations even more than we anticipated. Customer feedback has been reassuring.  Today’s flight into JFK, New York, home to a large percentage of the Diaspora, was only fitting, as JFK is a popular and well-loved destination in our network”.

Later this week, on January 26 and 27 respectively, the airline will fly the new aircraft between Trinidad and Miami as well as Orlando. Customers can expect giveaways and other exciting surprises, as Caribbean Airlines renews the travel experience.