BUDAPEST, HUNGARY, 2016-May-02 — /Travel PR News/ — Traditional firemen’s water canon arch of triumph, special easyJet and Lyon-style cake for the crew – this is how Budapest Airport greeted the first flight of the popular white-and-orange airline flight from the second largest city of France to Hungary. The budget airline will commence with weekly three flights to the heart of France.

Budget airline easyJet starts the ticket sale of the new Lyon service with one-way ticket prices for the summer months as low as 7 500 HUF or 25 Euros. Flights will operate on Tuesdays, Thursdays and Saturdays – making travel convenient for business people, holiday makers or short weekend city breaks both in Lyon and in Budapest. Flights arrive late afternoon and leave early evening after a 30 minutes turnaround in Budapest. With the launch of the weekly three flights service EasyJet answers long-standing market demand since the heart of France was missing from Budapest Airport’s destination offer, while Paris has firmly gripped No. 2 destination behind London.

With its population of 2,2 million inhabitants (including the suburbs) Lyon has a great offer of historic and cultural heritage while the city on the banks of the Rhône river is also called the “gastronomic capital of the world”. Besides this, Lyon is a banking and research and scientific center with a series of establishments ranging from universities to pharmaceutical laboratories. Lyon is also within quick reach to the French Alps world famous ski regions in winter, in summertime the legendary Tour de France always runs by near the city and this year Parc Olympique Lyonnais stadium will be the site of great football events of UEFA European Cup Finals.

Reginald Otten, easyJet commercial manager for France said: “We are really happy to launch this year round route which is an easyJet exclusivity. 3 time a week French and Hungarian city breakers and business passengers will be able to connect affordably between these two major European cities. This is the 6th route to Budapest from across the easyJet network and second from France, which shows the growing popularity of the Hungarian capital with its historic and cultural marvels.”

“We are delighted to welcome an easyJet service between Budapest and Lyon. I am sure that this new year-round flight will be a great success amongst business and leisure passengers alike in both countries.” remarked Kam Jandu, CCO of Budapest Airport. He added: “We have been working on this flight with easyJet for some time and they have responded to a very significant market demand, both among Hungarian and French travellers. Lyon and the heart of France is a great tourist destination catering for every age and every type of interest.” 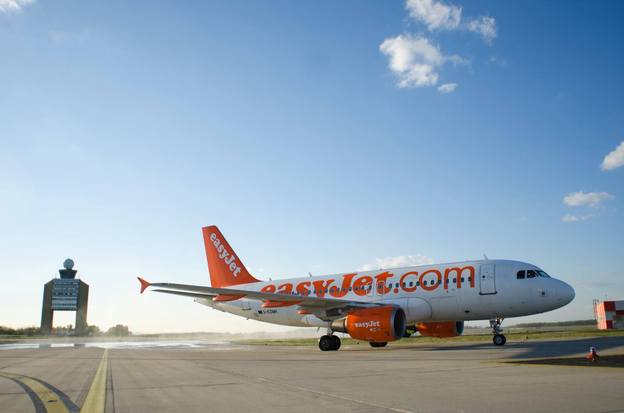