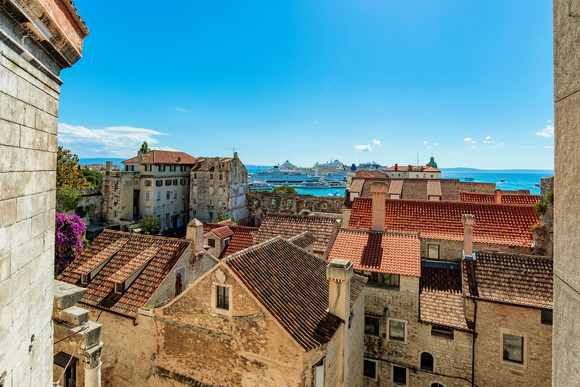 LONDON, UK, 2018-Dec-21 — /Travel PR News/ — Customers will be able to fly to the Croatian city of Split from London City Airport for the very first time next year when British Airways launches it latest new holiday route.

The airline will start operating three flights a week to the popular Dalmatian Coast sunspot in June through the peak summer months to September.

It will be the first time flights have connected the Docklands airport with Croatia and each-way hand baggage only fares, based on a return journey, from £75 go on sale today (December 19) on www.ba.com

British Airways also operates flights to Split from Heathrow Airport and is increasing frequency there from five to seven flights a week next year.

In addition the airline is adding extra frequency to two popular Greek Islands from London City  next summer with an extra flight on Fridays to Skiathos and a Tuesday flight to Mykonos .

Luke Hayhoe, British Airways’ general manager commercial and customer, said: “With the arrival of our new aircraft next year we have been looking at a number of new route and additional frequency possibilities. Split is the second largest city in Croatia and is becoming increasingly popular with customers looking for an alternative holiday destination or who are joining a cruise ship.

“It was a natural addition to our summer leisure schedule.  This summer British Airways flew to 30 destinations in the UK and Europe from London City Airport as well as the daily service to New York. This is ahead of a big boost in capacity for 2019.”

British Airways has also announced an increase in frequency on leisure routes from Heathrow next year to Chania, Preveza and Kalamata from two to three a week; Faro from four to eight a week; Ibiza, from seven to eight a week; Berlin, from 46 to 47 a week; Malaga from nine to 10 a week;  and Venice, from 14 to 15 a week.

Richard Hill, chief commercial officer at London City Airport, said: “For the first time ever, London City Airport will offer a connection to Croatia, and the increasingly popular town of Split – a fascinating gateway to the idyllic Dalmatian coast.

“This is a stunning holiday destination that demonstrates London City’s increasing offer of leisure destinations for everyone, and British Airways’ commitment to continued growth here. We’re thrilled that Split is a new destination in 2019, meaning the airline has its widest range of leisure routes ever, from the Balearics to the Greek islands, providing summer getaway options that our customers will love.”

The airline is investing £6.5 billion pounds for its customers over the next five years. This includes the installation of the best quality WiFi and power in every seat, fitting 128 long-haul aircraft with new interiors and taking delivery of 72 new aircraft. The airline will also be introducing new Club World seat with direct aisle access next year.