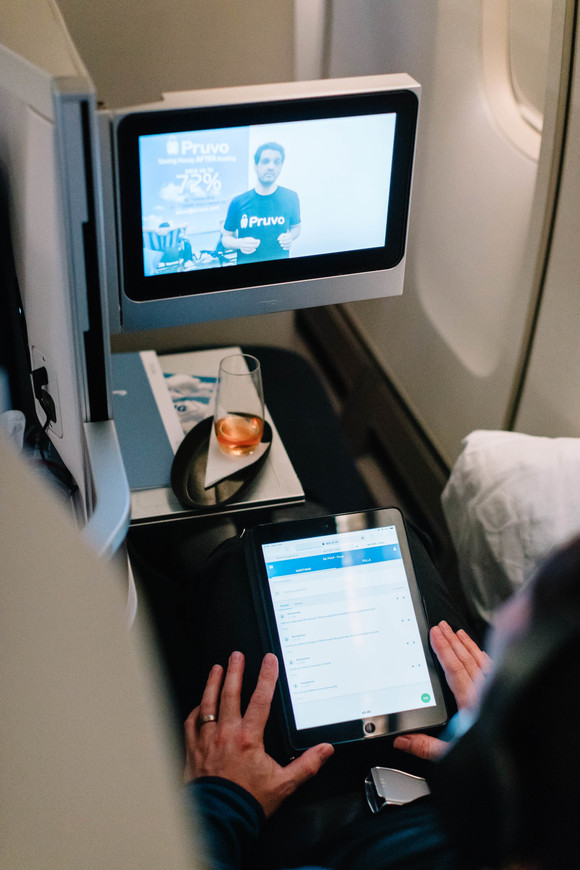 LONDON, UK, 2019-Jun-13 — /Travel PR News/ — London and San Francisco – A British Airways flight has touched down at London Heathrow from San Francisco this morning, having been on quite a unique journey – it hosted the Pitch on a Plane competition using on-board WiFi.  The airline joined up with Founders Forum to give five start-ups the chance to pitch their ideas to a host of judges on board the flight including Alex Cruz, British Airways Chairman and CEO and leading tech entrepreneurs, investors and CEOs.

Using British Airways’ onboard high-speed WiFi, the start-ups were on the ground in the UK while a team of judges cruised at 30,000 feet on flight BA284.

Following the pitches and a Q&A session, the judges chose three finalists who will pitch their idea face-to-face at the Founders Forum in London on June 13, 2019.  Experts taking seats on the judging panel included the President of WeTransfer and GM of Robotics at Google X.

The entries were focused on air travel innovation and the ideas they presented included a solo travel app, airline inventory management using blockchain technology and a new jet engine design.  The top three finalists are:

Alex Cruz, Chairman and CEO of British Airways, said: “British Airways has a long-standing history of driving innovation in the aviation industry and it remains a huge focus for us this year.  With the initiation of our BA2119 programme focused on fuels, customer experience and careers of the future, as well as a £6.5 billion investment designed to take British Airways to 2020 and beyond.

Being able to run a pitch process between the ground and the air is something we’d have never dreamed possible, now with the introduction of high-speed WiFi at 30,000 feet it’s a reality.  We look forward to harnessing the talent that exists globally to remain at the forefront of aviation.”

The lucky winner of Pitch on a Plane will receive 100,000 On Business points in British Airways’ business loyalty programme (equivalent to four return flights in World Traveller Plus to New York JFK from London Heathrow), 100,000 Avios, a profile in Business Life magazine and a business meeting with Brent Hoberman, founder of lastminute.com and the Founders network.

British Airways is rolling out industry-leading high-speed streaming WiFi on its flights.  The roll-out of industry leading WiFi forms part of British Airways’ £6.5bn investment for its customers over the next five years. Over half of its long-haul fleet are currently Wi-Fi enabled and all new aircraft will arrive with it.  The remaining fleet will be fitted over the next few years. The airline is also fitting 128 long-haul aircraft with new interiors, ensuring power is available in every seat and taking delivery of 72 new aircraft. The airline has also revealed a brand-new Club Suite (business class seat) with direct aisle access which will debut on the Airbus A350 later this year.

Founders Forum is a private network of the world’s leading digital and technology entrepreneurs founded in 2005. The network brings together the most inspirational founders, corporate CEOs, senior investors, academics, government members and influencers. The events across the world offer the opportunity to engage in open debate, brainstorming, discussion and problem-solving. Founders Forum also showcases the world’s most exciting fast-growth companies before they are on most people’s radars – for example with presentations from the founders of DeepMind (before Google acquisition), Shazam (when they had 200k users), Supercell (before Softbank acquisition). Founders Forum is not-for-profit, invite-only and free to attend. The philosophy is that everyone in the room could be a keynote speaker in their own right.