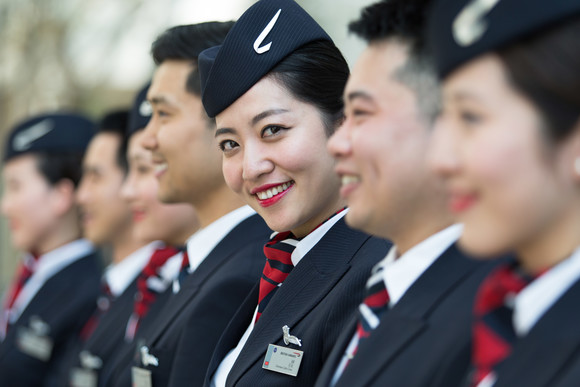 As part of the new agreement, customers can book seats on China Southern Airlines flights to four destinations in China – Shenyang, Harbin, Changchun and Dalian. Seats are available for sale on ba.com, for travel from today.

The agreement means that British Airways customers will now be able to visit the stunning Shenyang Imperial Palace, wander the winter wonderland that is Harbin Ice and Snow World, marvel at the Puppet Emperor’s Palace in Changchun, and explore Xinghai Square in Dalian. The four destinations are also important business hubs in China, making trade between British and Chinese businesses across the country even easier.

As part of the codeshare agreement, British Airways Executive Club members can collect Avios when booking on the British Airways code on China Southern Airlines flights.

Alex Cruz, chief executive of British Airways, said: “We are excited by today’s announcement, which will help to drive tourism and economic and cultural exchange between the UK and China, by facilitating reciprocal leisure and business travel.

“Now we need the British government to take urgent action on its visa policy by making it easier for Chinese businesses and tourists to come to the UK. China is the world’s second largest economy and we need to do all we can to encourage these trade links. This is even more critical post Brexit.

“We want to achieve our vision of becoming the most popular European airline among Chinese customers. Today’s agreement will help us build toward that vision and it is great news for us to be able to offer all our customers the chance to travel to new destinations.”

China Southern top management welcomed the establishment of the new partnership with British Airways, saying that: “The codeshare partnership with British Airways is a significant milestone in the airline’s network development strategy and a key component of the airline’s footprint in the United Kingdom market. The United Kingdom is one of the most competitive markets, and by partnering with British Airways, each airline can use its strength to benefit the other and offer more choice and enhanced connectivity to all guests, while experiencing the world-class services and products offered by both airlines.”

British Airways offers a number of unique services on its flights to China. These include tailored menus and Mandarin and Cantonese-speaking cabin crew. The airline also has a Mandarin and Cantonese-speaking customer relations team to help customers before or after they travel, and has recently launched Mandarin-speaking customer service teams at Heathrow Terminal 5, to help customers on their journey through the airport.

As part of the agreement, China Southern Airlines customers will be able to book seats on British Airways flights to Edinburgh, Glasgow, Manchester, Newcastle and Belfast, connecting on to these destinations through London Heathrow.

China Southern Airlines operates the largest fleet, most developed route network and largest passenger capacity of any airline in The People’s Republic of China, devoted to providing a comfortable travel service. China Southern Airlines has formed an extensive network both throughout China and globally with Guangzhou, Beijing, Urumqi hubs.