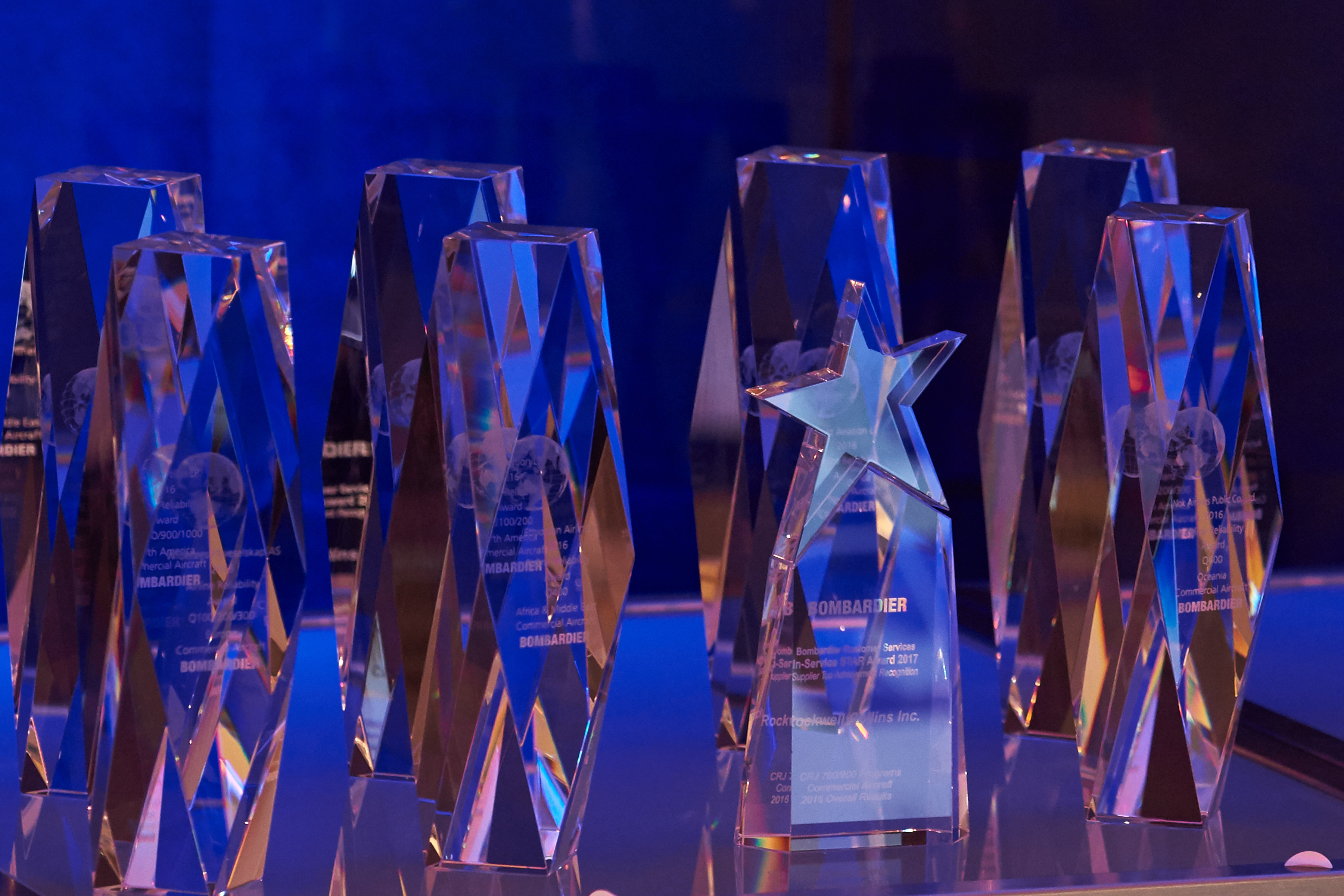 The Airline Reliability Performance Awards recognize operators of Bombardier CRJ Series regional jets and Q Series turboprops who achieve the highest rates of dispatch reliability. To be considered for an In-Service STAR award, a supplier must have scored at least 90 per cent in areas deemed most important by Bombardier’s customers such as product performance, airline support and customer focus.

The Awards were presented in a special ceremony during Bombardier Commercial Aircraft’s 2017 European Regional Review being held this week in Munich.

“These awards highlight the close collaboration between Bombardier, operators and suppliers, and our devotion to serving the travelling public with efficient, reliable service,” said Todd Young, Vice President and General Manager, Customer Services and Q400 Aircraft Program. “I congratulate all our award winners for their outstanding efforts in the past year.”

The winners of the 2016 Airline Reliability Performance Awards and In-Service STAR Awards are listed in Appendix A.

Bombardier Commercial Aircraft’s Regional Reviews are interactive and informative events designed to promote collaboration amongst CRJ, Q Series and C Series aircraft customers, suppliers and partners, as well as industry affiliates. The Reviews, which are hosted by the Customer Services team and hosted in six strategic locations each year, showcase key operational achievements and product updates.

Bombardier is headquartered in Montréal, Canada. Our shares are traded on the Toronto Stock Exchange (BBD) and we are listed on the Dow Jones Sustainability North America Index. In the fiscal year ended December 31, 2016, we posted revenues of $16.3 billion. News and information are available at bombardier.com or follow us on Twitter @Bombardier

Photographs from the Awards Ceremony are posted with this press release at www.bombardier.com.