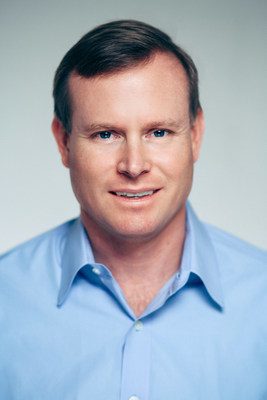 CHICAGO, 2017-Sep-11 — /Travel PR News/ — Boeing [NYSE: BA] today named Phil Musser as the company’s next senior vice president of communications, succeeding Tom Downey, who has announced plans to step down from the role late this month and retire from the company early next year.

Musser, 45, has more than 20 years of strategic communications and public relations experience, including 10 years as a consultant to Boeing. He is the chairman and chief executive officer of IMGE, an Alexandria, Virginia-based digital communications firm he co-founded in 2013. He will join Boeing Sept. 25, reporting to Chairman, President and CEO Dennis Muilenburg and will move into Downey’s place on the company’s executive council. He will be based in Chicago.

“Phil is a seasoned and highly respected executive who knows Boeing well and brings to us an exceptionally broad and relevant set of communications experiences, capabilities and insights,” said Muilenburg. “He is a creative, strategic and energetic leader who understands the scale of our brand and how to inspire confidence and support among our many important stakeholders. He also has a passion for engaging our people, shaping culture and investing in talent for the future. He is the right choice to lead our world-class communications team into Boeing’s second century,” Muilenburg added.

Downey is the longest-serving Boeing communications chief since the company reshaped itself through a series of mergers and acquisitions in the late 1990s. During his tenure, he led the company’s integrated communications initiatives, coordinating all internal and external activities to support Boeing’s business strategies. He successfully guided the company through a wide range of brand and reputation issues, including challenging new commercial jetliner programs, major defense and space campaigns, multiple plant site selections, labor negotiations, and the U.S. trade case against illegal European airplane subsidies. He also was the architect of the company’s 2016 centennial program.

“Tom is one-of-a-kind, an incredible teammate, consummate partner, and genuine leader for our company,” said Muilenburg. “While words are his thing, it’s hard to find enough of them to express our gratitude for all he has done for our company and our people over the past 31 years. Day and night, coast to coast, around the globe, across every area of our business, he was working to protect and strengthen our brand and building an outstanding Communications team. We are sorry to see him go, but know he will ensure a smooth transition before taking a well-earned retirement. He built a strong and lasting foundation to accelerate our path forward in Boeing’s second century, and for that he has our enduring thanks.”

Prior to his role as the co-founder of IMGE, Musser was the executive director of the Republican Governors Association and a senior vice president of Dutko Worldwide, a leading bi-partisan public policy management firm. He also served as deputy chief of staff and senior policy advisor of the U.S. Department of Housing and Urban Development during the second Bush Administration and was a deputy director of the 2004 G-8 Summit in Sea Island, Ga., for the U.S. Department of State. He holds a bachelor’s degree from Kenyon College.

Downey began his career with the company in 1986 on fighter jet programs in St. Louis, at what was then McDonnell Douglas, which merged with Boeing in 1997. He would go on to lead the communications arms of the commercial airplanes and defense and space businesses at both McDonnell Douglas and Boeing, working directly with seven past Boeing and McDonnell Douglas CEOs. He is a graduate of Saint Louis University.