2012-12-27 — /travelprnews.com/ — bmi regional, the UK’s most punctual airline, will expand its European network early next year with the launch of new routes from Bristol to Hamburg and Frankfurt.

This will consolidate the airline’s position at Bristol following the introduction of direct Bristol to Aberdeen services earlier this year.

Cathal O’Connell, chief executive of bmi regional said: “The launch of new services to Germany is a continuation of bmi regional’s promise to serve key economic and transport hubs to multiple destinations across Europe.

“Our choice of destinations is based on customer demand and with Hamburg being a significant operational base for major employers such as Airbus and Imperial Tobacco and Frankfurt a world hub offering connectivity throughout the globe, we are supplying services our business users have asked for. Both cities are exciting destinations for leisure customers and with launch fares starting from as low as £49.99 each way, we also expect to see a boost in both inbound tourists to the South West region.

“We are also reviewing other opportunities with the team at Bristol Airport and hope to announce additional routes in the new year.”

Hamburg is a major transport hub in Northern Germany and is one of the most affluent cities in Europe. The city is a major tourist destination for both domestic and overseas visitors.

Robert Sinclair, Chief Executive Officer at Bristol Airport, said:
“Today’s announcement is a major statement of Bristol Airport’s commitment to providing the connectivity which is vital in enabling the economies of the South West and South Wales to compete on a global stage. It forms part of an overall strategy to enhance services and facilities for the region’s business passengers, including commencement of a £600,000 project to create a new, improved executive lounge in the terminal.

“When we ran a recent survey of ‘most wanted’ routes, German destinations featured strongly in responses from the business community. As well as being an important financial centre, Frankfurt is a major global hub offering access to a huge range of onward connections. Hamburg is a key location for several major companies in the South West, such as Airbus and Imperial Tobacco. Both new services will be warmly welcomed by the many businesses across the South West and South Wales with customers, suppliers or aspirations to trade in Germany and beyond.”

Imperial Tobacco, which will occupy its new head office site currently under construction in Bristol in March 2013, also has a significant employee base in Hamburg.

Kerstin Goeritz, Imperial’s Travel and Fleet Manager, said: “The launch of this new service is great news for Imperial given the importance to us of an efficient travel link between Bristol and Hamburg. I know it will be greatly appreciated by our people, who will be better able to support their local airport.”

Mark Stewart Airbus General Manager and Human Resources Director said: “This new service will certainly be most welcomed by our employees who today have to travel via Brussels, Paris or Amsterdam to reach our sister sites at Hamburg or Bremen or from those sites to the UK. It will certainly help reduce travel time and increase the engagement of our employees by enabling them to reach their destination quicker, whilst continuing to support our local airport.”

Frankfurt Airport is the third busiest in Europe, behind London Heathrow and Paris Charles de Gaulle and the ninth busiest worldwide.

The new routes will go on sale on www.bmiregional.com on Thursday January 3rd. 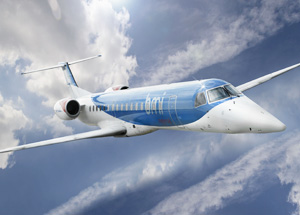 bmi regional to expand its network