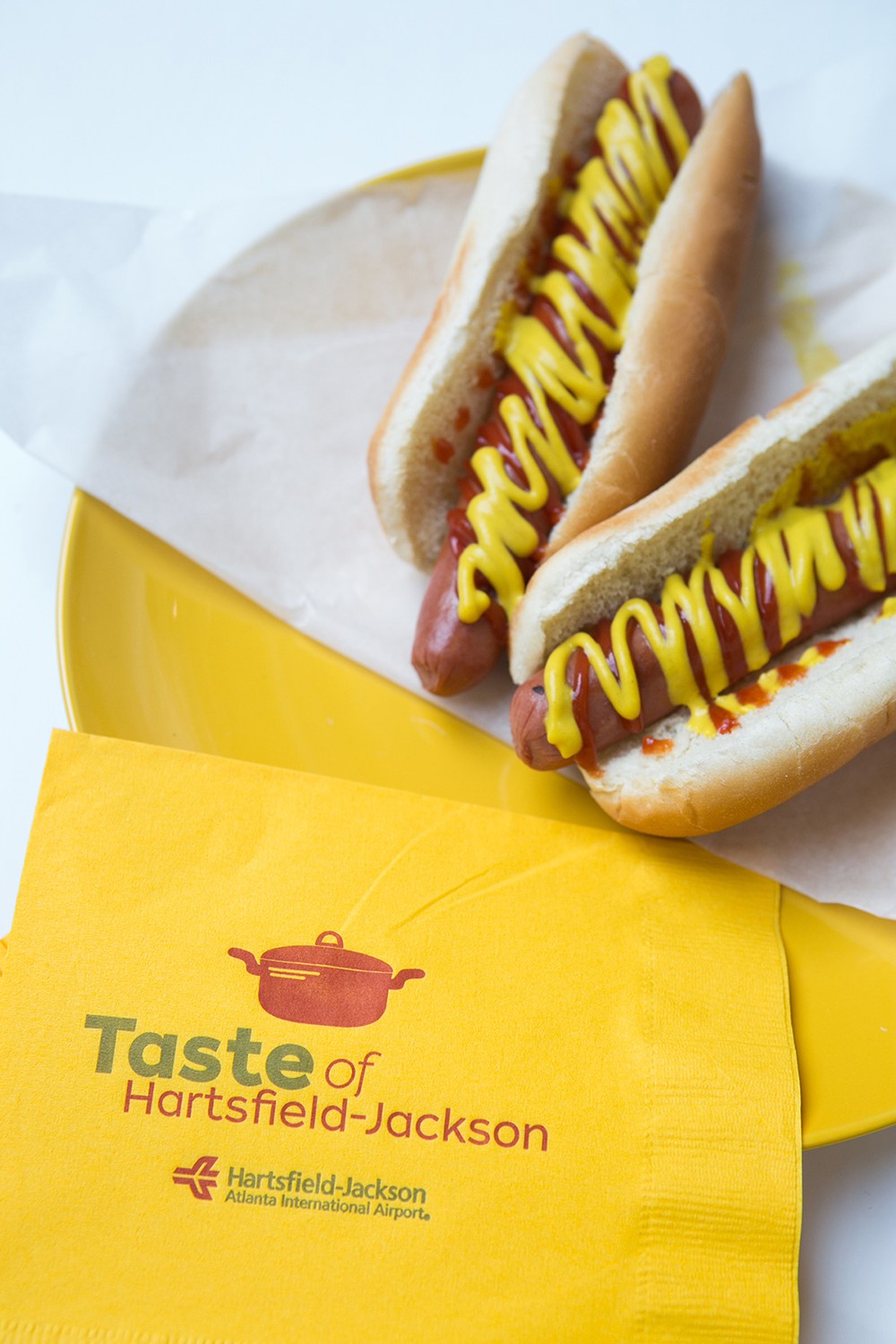 ATLANTA, 2016-Nov-08 — /Travel PR News/ — Hundreds gathered Wednesday, Nov. 2 to enjoy the second annual Taste of Hartsfield-Jackson, a fundraising feast that featured more than 30 restaurants and eateries from throughout the world’s busiest airport.

The event, held in the Domestic Terminal atrium, offered a rare opportunity for the public to sample food from some of the best concessionaires in the Airport — all without booking a flight or going through security.

All proceeds from the event benefited Silence The Growl, the United Way of Greater Atlanta’s program to combat childhood hunger.

“The Taste of Hartsfield-Jackson is a premier food festival showcasing the diversity of ATL’s options,” he said. “I want to thank our food and beverage concessionaires, not just for their participation today, but for all they do to make our concessions program one of the best in the aviation industry.”

Ticket books were sold in groups of 10, and each ticket afforded a taste of cuisines from around the Airport. More than half of participating concessionaires are based in Georgia, including Ecco, Grindhouse Killer Burgers, Papi’s Cuban & Caribbean Grill, The Pecan Bistro, Fresh To Order, Fly Burger and Atlanta Chophouse.

With more than 90 items to sample — including angus beef sliders, macaroni and cheese, braised pork on focaccia and Mediterranean rice with chicken — event-goers had many choices to make while grooving to live music by the Darren Winters Ensemble. Bakery Piece of Cake offered large slices of red velvet cake for two tickets, causing crowds to clamor for the popular dessert.

“It is important that passengers and employees understand the quality of food that we serve at this Airport as well as the number of options available,” said Concessions Marketing Manager Demetria Wideman, who planned the event. “Allowing so many brands to come to the atrium introduces them to an audience that (they) may otherwise never reach. The exposure that an event like this gives them is phenomenal. So the Taste gives our restaurants the best of both worlds – the opportunity for exposure while raising money for a great cause.”

Jared Hall, executive chef of One Flew South, was named winner of the “chef showdown.” Restaurant Phillips Seafood won the “Best Taste” honor with its lobster bisque and crab cakes.

G. Gavin, celebrity chef and owner of One Flew South, served as a judge for the chef competition and was impressed by the talent displayed.

“The competition, it was fascinating,” he said. “(There) was a lot of really good food. I think that the chefs took pride in everything they did, and you could see it in the food.”

Also declaring his allegiance to ATL cuisine, Steak Shapiro, host of “Atlanta Eats” and the chef showdown, said: “I think it’s just a great testament (to what) the Mayor and the City started building years ago, which is (that) we can have some great food stories happening right out of our Airport. So it’s a perfect forum to showcase how proud we are about what’s happening food-wise at the Atlanta Airport.”