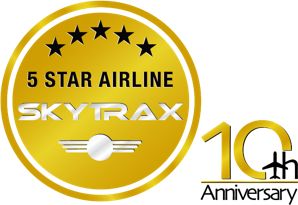 TOKYO, JAPAN, 2022-Dec-04 — /Travel PR News/ — All Nippon Airways (ANA), Japan’s largest airline, received the prestigious 5-Star designation from the London-based airline rating company, SKYTRAX. ANA is the only Japanese airline that has maintained the 5-Star for 10 consecutive years, a testament to the hard work, dedication and hospitality shown by the airline’s employees on a daily basis.

The “World Airline Star Rating” is based on a rigorous audit of each airline’s in-flight and airport service quality standards and 5-Star ratings are awarded to airlines that consistently provide high-quality service. Only 10 airlines in the world have received the highest rating of “5-Star”, with ANA the only airline in Japan that has maintained the 5-Star rating for 10 consecutive years.

“As ANA celebrates our 70th anniversary of operations this year, we are grateful for our customers, employees and all who have supported and helped us to receive the SKYTRAX 5-Star rating for the 10th consecutive year,” said Shinichi Inoue, President and CEO of ANA. “As we look to celebrating more milestones, we will continue our pursuit to set the global standard for comfort, convenience and service for passengers across the globe.”

ANA will continue to strive for further improvement as an airline that always puts its customers first, with safety as the top priority and a thorough commitment to providing high-quality products and services.

You may also be interested in:  JAPAN: All Nippon Airways and JR East to make travel across the Tohoku region as convenient as possible

You may also be interested in:  Britain's biggest bus operator Stagecoach to increase number of electric bus fleet by over 80% in the next 12 months