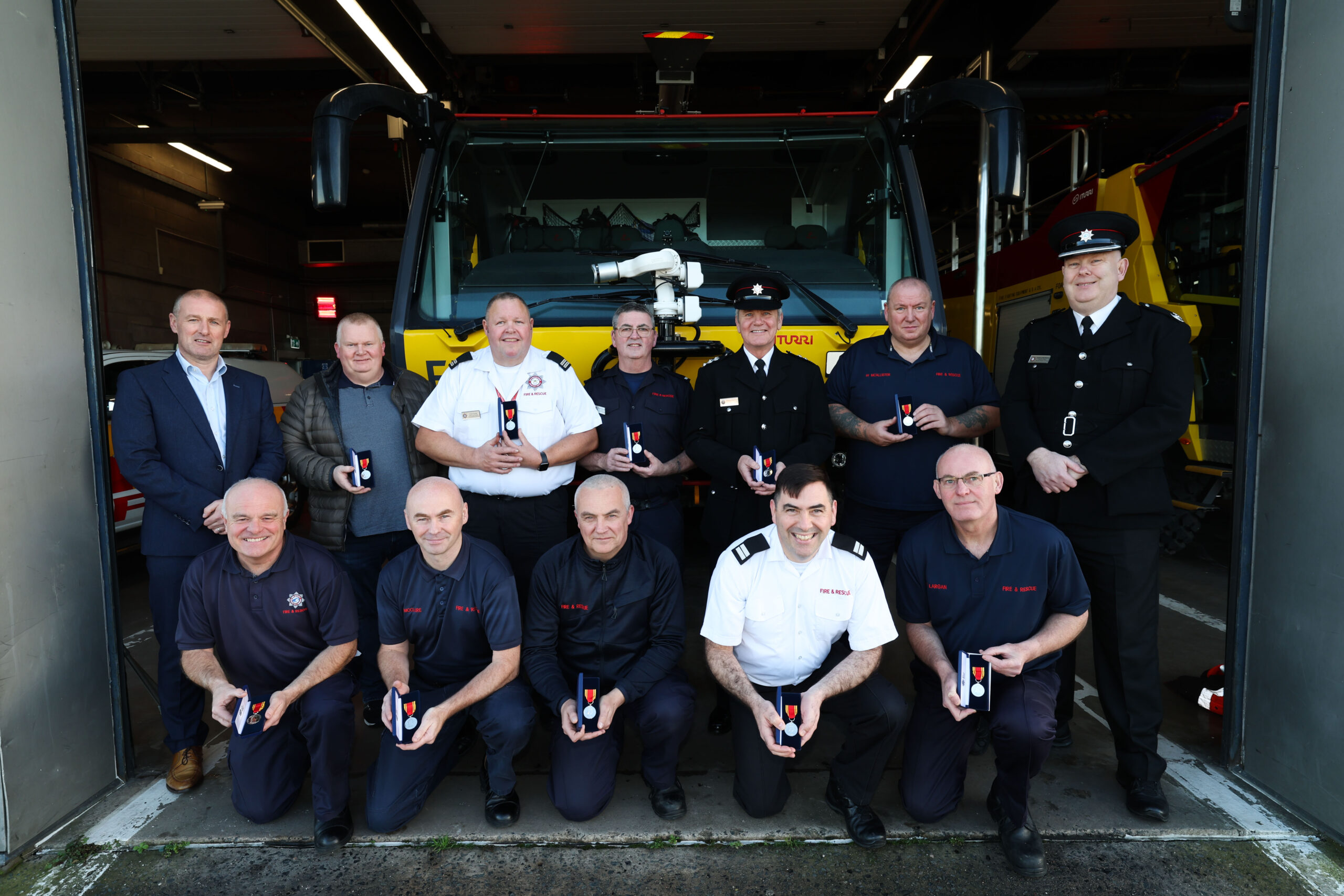 The medals, first established in 1954 and expanded earlier this year, recognise members of the Airport Fire Service across the UK who have completed 20, 30, and 40 years of exemplary service and celebrate those who exhibit a notable devotion to public safety.

“Congratulations to all members of our fire and rescue team who have been honoured with Long Service and Good Conduct medals.

“We are extremely proud to have such a dedicated team at Belfast City Airport safeguarding operations, passengers, and staff.

“The next generation of firefighters coming through Belfast City Airport now will undoubtedly be learning from the best and we are pleased that the unwavering service of our long-standing fire and rescue personnel has been rightfully recognised and celebrated.”

You may also be interested in:  Zurich Airport welcomes the opening of MSD's new office at THE CIRCLE

“These medals are in place to celebrate those who have spent their lives putting service before self, and the firefighters at Belfast City Airport are a shining example of that.

“I would like to congratulate all twelve men on their fantastic achievements and thank them for their continued dedication to public duty.”