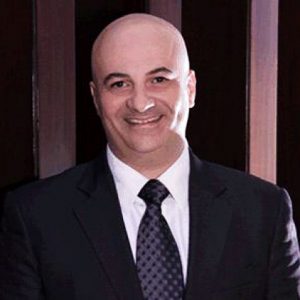 Tunis, Tunisia, 2017-Sep-14 — /Travel PR News/ — Four Seasons veteran leader Ahmed Khalaf has made the move from one Mediterranean city to another as he brings a wealth of experience and enthusiasm to his new role as General Manager of the all-new Four SeasonsHotel Tunis.

Most recently General Manager of Four Seasons Hotel Alexandria at San Stefano, Khalaf began his Four Seasonscareer in his hometown of Cairo, first at one of the brand’s two hotels in the city, then crossing the Nile to the other.  Before returning to Egypt in 2013, he was also part of the senior leadership team at Four Seasons Hotel Doha.

“Ahmed’s unwavering commitment to the highest standards of service and his breadth of experience across the region made him the ideal candidate to open our first hotel in Tunisia, and expand our growing portfolio across North Africa,” says Simon Casson, President, Hotel Operations – Europe, Middle East and Africa.

In preparing for the Hotel’s opening later this year, Khalaf is deeply involved in hiring some 300 Tunisian and international staff who will bring world-renowned Four Seasons hospitality to local guests, while offering travellers an unparalleled luxury experience.

“Everything we achieve, we achieve through our people,” he says, adding that, “Tunisians are very optimistic about the future, and Four Seasons is proud to be an integral part of a new era of growth and prosperity in the country.”

Noting the Hotel’s proximity to a diverse array of ancient and modern cultural attractions as well as key business and commercial areas, he adds, “The city has such rich culture and beauty that are inspiring us to create the best possible experience for every person who will walk through our doors, whether staying or dining with us, or hosting events at Four Seasons Hotel Tunis.”

About Four Seasons Hotel Tunis
Anticipated to open in late 2017, the all-new Four Seasons Hotel Tunis will offer an unparalleled oasis of luxury on the Mediterranean coast. Cascading from hilltop to sea, with Arabesque arches, columns and lighting, Four Seasons will offer 200 rooms boasting sea views from the terraces or balconies of the city’s largest accommodations. Multiple dining venues, including a chic beach bistro and lounge, will welcome international guests and local clientele, as will a lavish spa and spectacular Roman-style swimming pool. In addition to facilities dedicated to families, the Hotel is set to become the preferred address in Tunis for elite business meetings, weddings and society events.

Four Seasons Hotel Tunis will be the company’s seventh hotel in North Africa, joining two sister properties in Morocco and four in Egypt.