BANGKOK, Thailand, 2016-Jun-28 — /Travel PR News/ — The Zimbabwe Tourism Authority (ZTA) is the first national tourism organisation from the continent of Africa to join the Pacific Asia Travel Association (PATA). The two organisations signed a Letter of Agreement during the annual Sanganai World Tourism Expo in Bulawayo held from June 16-18, 2016.

The Agreement reinforces Zimbabwe’s determination to increase the numbers of International Visitor Arrivals (IVAs) from influential source markets across the Asia Pacific region and the ZTA has already confirmed its participation at PATA Travel Mart 2016 in Greater Jakarta, Indonesia on September 7-9.

Addressing media and dignitaries at the signing ceremony in Bulawayo the ZTA’s Chief Executive Officer Mr Karikoga Kaseke described as ‘paltry’ the numbers of Chinese visitors to Zimbabwe over the past 10 years, failing to surpass the 200,000 mark from a country that is projected to supply over 120 million outbound travellers by end of 2016.

“Gone are the days when just being a tourist destination was a selling point on its own. Now, with the growth of the digital world, destinations must be more innovative to get the much-needed attention from tourists in the face of growing competition. We have no doubt that the journey that we are embarking upon with PATA will go a long way to penetrating the huge Asia Pacific market,” he said. Zimbabwe is set to benefit more from working with PATA, a distinguished organisation and specialist in building businesses, networks, people, brands including insights as well as promoting the Asia and Pacific region based from experiences accumulated since its formation in 1951.

In welcoming the Zimbabwe Tourism Authority to PATA the Association’s CEO Dr. Mario Hardy said that there would be close collaboration between the two organisations in support of the drive by the ZTA to attract more tourists from the Asia Pacific region in general and mainland China in particular.

“Zimbabwe is a fascinating country with many valuable tourism assets. The government’s new visa regime will enable easier access for visitors from many markets. I look forward to strengthening our ties with the public, private and academic sectors in Zimbabwe and I am convinced that PATA’s many membership benefits will act as a solid foundation for a new bridge that links Zimbabwe with the Asia Pacific region.”

About PATA
Founded in 1951, the Pacific Asia Travel Association (PATA) is a not-for profit association that is internationally acclaimed for acting as a catalyst for the responsible development of travel and tourism to, from and within the Asia Pacific region. The Association provides aligned advocacy, insightful research and innovative events to its member organisations, comprising 95 government, state and city tourism bodies, 29 international airlines, airports and cruise lines, 63 educational institutions, and hundreds of travel industry companies in Asia Pacific and beyond. Thousands of travel professionals belong to the 41 local PATA chapters worldwide. The chapters organise travel industry training and business development events. Their grassroots activism underpins PATA’s membership of the Global Travel Association Coalition (GTAC), which includes ACI, CLIA, IATA, ICAO, WEF, UNWTO and the WTTC. The PATAmPOWER platform delivers unrivalled data, forecasts and insights from the PATA Strategic Intelligence Centre to members’ desktops and mobile devices anywhere in the world. PATA’s Head Office has been in Bangkok since 1998. The Association also has official offices or representation in Beijing, Sydney and London. 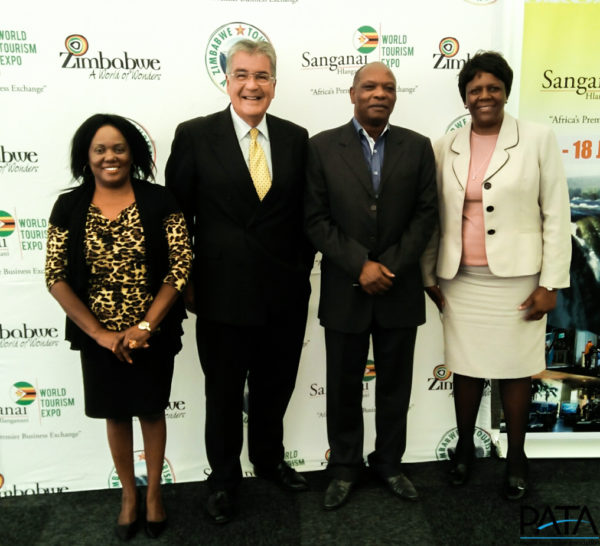