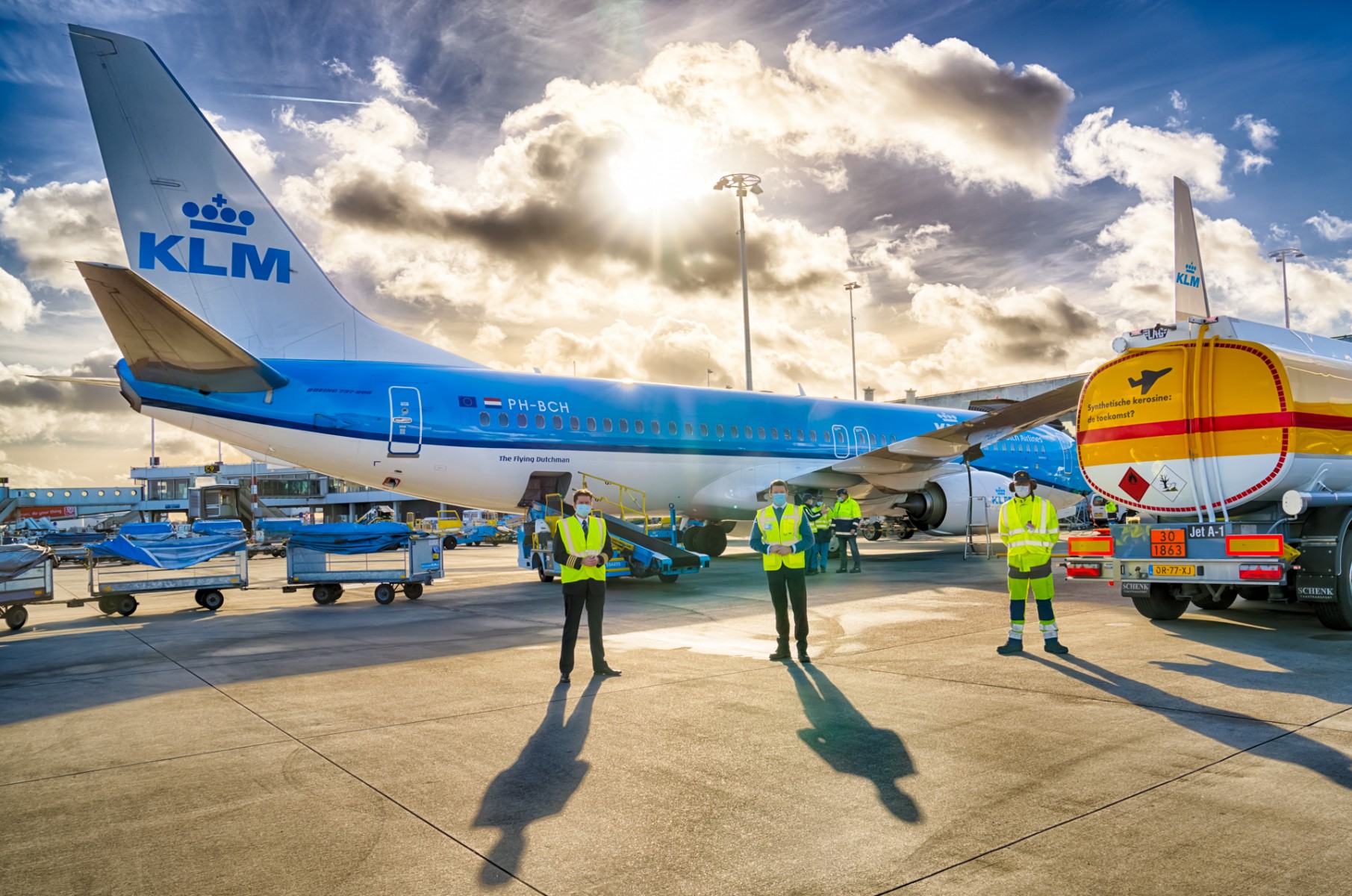 Amstelveen, Netherlands, 2021-Feb-09 — /Travel PR News/ — For the first time worldwide, a passenger flight partly flown on sustainably produced synthetic kerosene, was carried out in The Netherlands. This was announced today (08 February 2021) during the international conference on Synthetic Sustainable Aviation Fuels (SAF) in The Hague. Shell, producer of the sustainable kerosene and KLM, operating the flight, presented this showcase during the meeting initiated by Cora van Nieuwenhuizen, Dutch Minister for Infrastructure and Water Management. European politicians, policymakers, representatives from the business community, the (aviation) industry and NGOs participated at the conference.

The Netherlands is one of the leading countries in Europe that aim to boost the development and application of sustainable aviation fuels to make aviation more sustainable. The Netherlands wants to stimulate the development and application of sustainable aviation fuels (biofuels and synthetic kerosene) so European airlines will be able to fly entirely on sustainable fuel by 2050. The Dutch government supports various initiatives to stimulate production and use and thereby make it commercially viable. The construction of the first European factory for sustainable biokerosene in Delfzijl, The Netherlands, for which SkyNRG is collaborating with KLM, Schiphol Airport and SHV Energy, is one example.

As announced during the conference, the first commercial passenger flight from Amsterdam Airport Schiphol to Madrid last month, was carried out on an admixture of 500 liters of sustainable synthetic kerosene. Shell produced the synthetic kerosene in its research center in Amsterdam based on CO2, water and renewable energy from sun and wind from Dutch soil.

I am proud that KLM is today operating the industry first flight using synthetic kerosene made from renewable sources. The transition from fossil fuel to sustainable alternatives is one of the largest challenges in aviation. Fleet renewal contributed significantly to the reduction of CO2 emissions, but the upscaling of production and the use of sustainable aviation fuel will make the biggest difference for the current generation of aircraft. That is why we teamed up with various partners some time ago, to stimulate the development of sustainable synthetic kerosene. This first flight on synthetic kerosene shows that it is possible in practice and that we can move forward.

Making aviation more sustainable is an international challenge that we face together. Today we are taking a great step in the new chapter of aviation. This promising innovation will be of great importance in the coming decades to reduce CO2 emissions from aviation. It is great that in the Netherlands we were the first to show that this is possible: a big compliment for all involved. I hope that, in these turbulent times for aviation, this will inspire people in the sector to continue on this course.

Shell is an active player in the energy transition and our contribution to this world first is an example of this. I am extremely proud that we have succeeded in producing 500 liters of jet fuel for the first time based on CO2, water and renewable energy. It is an important first step and together with our partners we now need to scale up, accelerate and make it commercially viable.

During the conference, the stage was set for various new initiatives and startups. For example, the start-up Synkero announced that it is collaborating with Port of Amsterdam, Schiphol, KLM and SkyNRG on the realization of a commercial synthetic sustainable kerosene factory in the Amsterdam port. The project seeks to link with sustainable initiatives in the North Sea Canal area, such as the establishment of a 100 megawatt hydrogen plant where up to 15,000 tons of green hydrogen can be produced with sustainable electricity.

Another initiative is the construction of a demonstration factory for sustainable kerosene using captured CO2 from the air as a raw material in Rotterdam. The Zenid initiative, in which Uniper, Rotterdam The Hague Airport, Climeworks, SkyNRG and Rotterdam The Hague Innovation Airport are participating, uses a combination of innovative technologies to focus on CO2-neutral aviation with sustainable synthetic kerosene.

Various European member states have indicated during the conference that they want to work on this. In a joint statement, the Netherlands, France, Sweden, Germany, Finland, Luxembourg and Spain indicate that recovery from the current crisis due to the pandemic must go hand in hand with accelerating the sustainability of the aviation sector in order to achieve climate goals and call on the European Commission to come up with a European blending obligation. The Member States view the development of sustainable synthetic kerosene in addition to sustainable biokerosene as one of the most promising and effective ways to reduce aviation emissions in the coming decades.