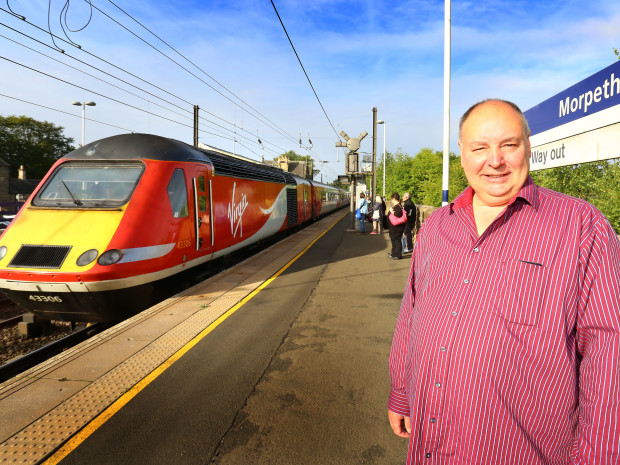 It has made changes to its December 2016 timetable to ensure there is a significant increase in services to Morpeth, with four more daily services on Mondays to Thursdays. They include three new services during the afternoons when there have traditionally been no services provided to the Northumberland town by the operator of the east coast franchise.

In total, Virgin Trains will increase the number of services to Morpeth from seven per day to eleven on Mondays to Thursdays from 12 December, and will add three more daily services to Alnmouth. All of these services are now available for customers to book.

It has also responded to feedback by reinstating an 18.30 departure from Edinburgh, with stops now including both Alnmouth and Morpeth.

Emma Vincent, General Manager for Virgin Trains on its east coast route, said: “We’re pleased to introduce these additional services after listening carefully to the feedback we’ve had from customers and, in particular, local rail user groups who we’ve worked closely with to develop our new timetable.

“Virgin Trains is committed to working with customers and communities, and these additional services are being introduced just over eighteen months before we launch our new Virgin Azuma trains, which will significantly improve the speed, comfort and frequency of services on the route.”

The new services follows Virgin Trains’ introduction of eight additional services per weekday between Newcastle and Edinburgh in May 2016. Further improvements to the December 2016 timetable on Fridays, Saturdays and Sundays are currently being worked on, and the company hope to announce these soon.

Dennis Fancett, Chair of the South East Northumberland Rail User Group, said: “We’ve worked very closely with Virgin Trains as it developed its timetable. Its services are extremely important to the regional economy and for people living in communities such as Morpeth.

“Virgin Trains has listened to us and other rail user groups, and we’re delighted that it will substantially increase the number of its services to Morpeth. This includes providing new services throughout the day, and reinstating the 18.30 evening service from Edinburgh to stations in Northumberland, which will be a great help for commuters and leisure travellers.”

The new services which have so far been confirmed on Mondays to Thursdays from 12 December are:

From Sunday 18 December the 16.20 Edinburgh to London King’s Cross service will additionally call at Morpeth at 17.32.