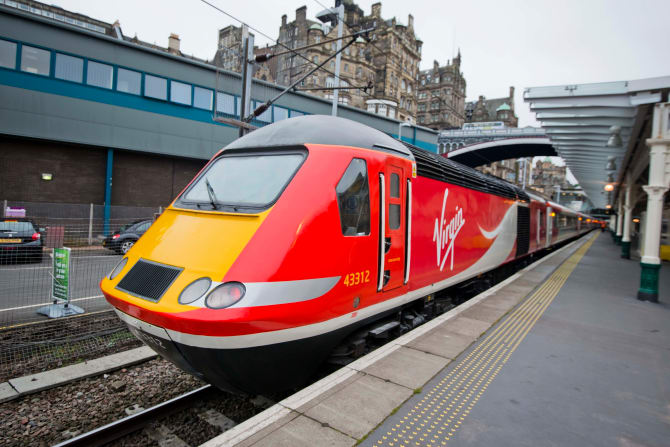 LONDON, 2017-Dec-12 — /Travel PR News/ — Virgin Trains customers could save £11m a year on the east coast route following moves to reduce fares by a third on the day of travel.

The intercity operator began offering cheaper advance fares on the day of travel in May this year. These can be less than half the cost of a walk-up fare but are usually only available until 11.59 pm the day before travel.

The popularity of these cheaper fares has now led Virgin Trains to dramatically expand their availability and the number of destinations on the east coast route where they are sold, making it easier to bag savings when going for a last-minute business meeting or impulsive day trip.

A new analysis of ticket purchases has shown that customers buying tickets on the day of travel will typically save 35% by choosing an advance fare rather than an Anytime or Off-Peak single fare, subject to availability*.

More than 40,000 advance fares have already been bought on the day of travel since they were launched by the operator in May of this year, generating savings of £1.8m for customers**.

Based on the number of walk-up fares currently bought by customers, Virgin Trains has calculated that the changes could save customers up to £11m a year**. Customers can not only take advantage of a cheaper ticket price through these fares, but also reserve a seat for their journey.

Suzanne Donnelly, Virgin Trains’ Commercial Director on the east coast route, said the availability of cheaper fares on the day of travel had driven more people to consider train over plane or car, “Customers who are not able to plan their journeys days or weeks in advance have told us that having these cheaper fares in place is a huge benefit and is making rail travel cheaper than travelling by road or air. We’re delighted to be able to expand the number of these fares available on the day and offer even more savings to our customers,” she said.

Examples of savings include:

A new lower advance on the day fare for travel between London and Edinburgh costing £55 one way could save customers 60% off the price off an off-peak single (£137);

An advance fare bought on the day for travel between York and London could cost £36, saving customers 65% on the price of a super off-peak single (£105.20);

Customers travelling between Newcastle and London could save £2.3m per year with advance fares available from £44 one-way;

Fares from £12 are available for customers travelling between York and Newcastle, more than half the price of an off-peak day single priced at £36.40.

Nearly 80% of Standard Advance fares, which are the most flexible fare available, will be cheaper from January 2018 than when Virgin Trains took over the east coast route in March 2015.

* Fares are subject to availability and available on trains departing after 10am on trains south of Edinburgh. Tickets will be available to purchase up to two hours before the train leaves its origin station. This availability is taken into account in calculating savings.

Advance on the day fares:

On the East Coast route, £140m is being invested to create a more personalised travel experience. We have already invested over £40m in our existing fleet, including £21m refurbishing the interiors and £16m towards improving the engines of our trains. Customers can now benefit from 42 additional services between Edinburgh and London every week, and an extra 22 Saturday services between Leeds and London – a total of 1.74 million additional seats since May 2016. 2018 will see the introduction of completely new Azuma trains being built in the UK by Hitachi.

Working together, the partnership railway of the public and private sectors has published a long-term plan, called In Partnership for Britain’s Prosperity, to change and improve Britain’s railway. The plan will secure almost £85bn of additional economic benefits to the country and contains four commitments which will see rail companies: strengthen our economic contribution to the country; improve customers’ satisfaction; boost the communities we serve; and, create more and better jobs in rail. For more information go to Britain Runs on Rail.