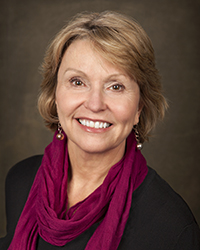 BOCA RATON, FLA., 2016-Aug-31 — /Travel PR News/ — Vicki Varela of the Utah Office of Tourism, Film and Global Branding has been named national State Tourism Director of the Year for 2016.

Varela was announced as the winner before more than 800 of her peers at the U.S. Travel Association’s annual ESTO conference, held this year in Boca Raton, Fla. The U.S. Travel Association’s National Council of State Tourism Directors—a body representing the tourism offices of all 50 states and U.S. territories—votes on the award annually ahead of ESTO, the premier annual ideas exchange for destination marketing professionals.

“Vicki Varela has helped attract thousands of additional visitors to Utah through a variety of successful campaigns, and this award is an acknowledgement of her years of outstanding work,” said U.S. Travel Association President and CEO Roger Dow. “Her leadership and destination marketing acumen have made her a respected representative of the state tourism sector among her peers, and her incredibly effective advocacy for the travel industry has greatly benefited not just the people of Utah, but our nation’s economy as a whole.”

“Utah’s tourism economy in all corners of the state has soared as a result of Vicki’s visionary leadership,” Utah Governor Gary R. Herbert said. “She epitomizes the Utah spirit and is well deserving of this recognition.”

As the Tourism, Film and Global Branding director within the Utah Governor’s Office of Economic Development, Varela is responsible for the development and implementation of policies and programs to market Utah as a world-class travel and tourism destination.

Since she assumed her role in 2013, Varela and her team have led a major expansion of Utah’s international and digital marketing strategies, developed new analytics and research practices, and successfully increased the state’s marketing budget from $9 million to $21 million.

Varela played an integral role in the implementation and expansion of The Mighty 5® campaign, which highlighted Utah’s five major national parks. The campaign paid off with massive returns for the Utah economy, driving significant increases in visitation to the state through strategic broadcast advertising and integrated marketing initiatives. Subsequently, Varela led in the development of Utah’s latest ski campaign, Find Your Greatest®, and Road To Mighty™, the successor to the Mighty 5 campaign. Both of these campaigns anchor the Utah brand in powerful visual storytelling across multiple media channels.

The success of The Mighty 5® created a need to expand Utah’s tourism offerings to meet growing demand. In response, Varela and her team created the Rourism training program, which helps rural Utah communities organize their brand, marketing and customer service strategies in order to accommodate increased numbers of visitors to their areas. Thanks to Varela’s efforts, these areas can now also access a platform that allows Utah regional authorities to leverage state and Brand USA funds for custom destination marketing campaigns aimed at attracting international travelers.

Varela’s efforts to attract more international visitors to Utah did not shut out bordering states, either. Varela and her team collaborated with partners in Idaho and Wyoming to create The Yellowstone Loop marketing plan, which outlines major attractions and destinations in those states for visitors who land at Salt Lake City International Airport and drive north to Yellowstone National Park.

Prior to her current role, Varela embarked on an early career in journalism and public service, which notably included an eight-year post as Utah Governor Mike Leavitt’s spokesperson and deputy chief of staff. Afterwards, Varela worked for many years as a marketing consultant to major Utah businesses before returning to work for the Utah Governor’s Office of Economic Development. She also currently serves on the board of directors of the Salt Lake Chamber of Commerce, Utah Olympic Foundation and the U.S. Travel Association.

Candidates for State Tourism Director of the Year are nominated by a panel of state/territory tourism directors. A slate of three finalists is presented for selection by ballot.

The U.S. Travel Association is the national, non-profit organization representing all components of the travel industry that generates $2.1 trillion in economic output and supports 15.1 million jobs. U.S. Travel’s mission is to increase travel to and within the United States. Visit www.ustravel.org.