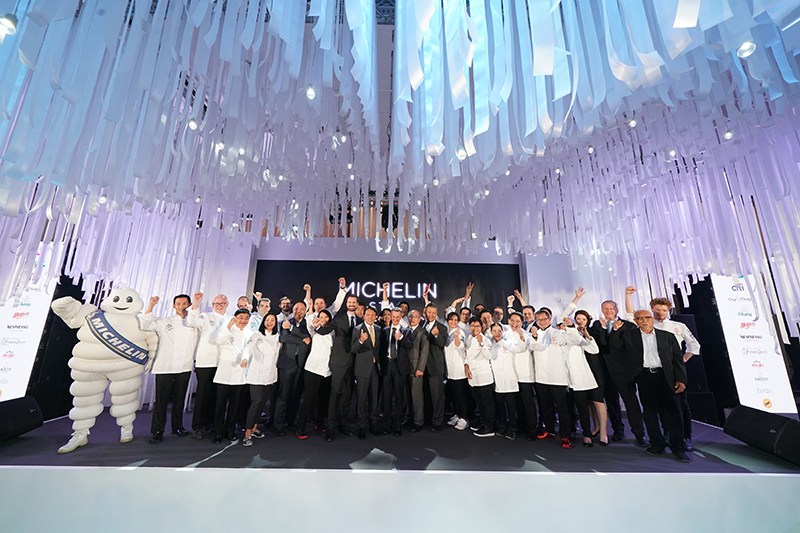 The second edition of the Michelin Guide in Thailand features increased focus on Bangkok’s inner zone and surrounding cities as well as Phuket and Phang Nga.

Bangkok, Thailand, 2018-Nov-16 — /Travel PR News/ — The Tourism Authority of Thailand (TAT), in collaboration with Michelin, has announced the second Michelin Guide in Thailand edition that continues to celebrate the kingdom’s dynamic culinary evolution. The new Michelin Guide Bangkok, Phuket and Phang Nga 2019 is an expanded edition, featuring not only the capital, but also the surrounding cities as well as two Southern provinces.

The Michelin Guide Bangkok, Phuket and Phang Nga 2019 offers culinary information in Bangkok, Phuket, Phang Nga as well as Bangkok’s surrounding provinces – Nonthaburi, Pathum Thani, Nakhon Pathom, Samut Sakhon, and Samut Prakan. In this edition, 217 dining and 67 lodging establishments are featured – with a total of four two-star restaurants, of which one is a new addition, and 23 one-star establishments, of which 10 are new additions.

Mr. Yuthasak Supasorn, TAT Governor, said: “Bangkok and its surrounding provinces are long-known as a melting pot of Thai culinary culture, but Phuket and Phang Nga are offering as plenty as fantastic gastronomic experiences. Thailand is indeed a world-class dining destination, and TAT is very pleased that Michelin has recognised this and has been helping to enhance the awareness among travellers from around the world.”

In the 2019 edition, all of the two-star restaurants from the previous selection – Gaggan, Le Normandie, and Mezzaluna – retain their awards. The only addition, moving from one star to two, is Sühring, where chef brothers, Mathias and Thomas Sühring, offer unique and contemporary European dishes using their very own style of modern German cooking.

Of the 23 one-star establishments in this latest edition, Le Du and Gaa are the only two restaurants that progress from the ‘Plate’ – a designation given to restaurants for a good meal with fresh ingredients and capable preparation – to earn one star, while eight are new entries.

Among these new entries, five are located in Central Bangkok: Canvas, a restaurant where art meets food and every dish looks like a masterpiece, driven by premium local produce and a variety of techniques; Methavalai Sorndaeng, where the food has kept loyal customers coming back for more than 60 years, with its blast of flavours and refined complexity; R-Haan, a restaurant offering authentic Thai dishes, both regional and Royal Thai cuisine, using ingredients from all over the country; Saawan, where a set 10-course authentic Thai cuisine menu is the only option, using locally-sourced seasonal ingredients to craft creative and well-executed dishes that provide a truly special journey through Thai flavours, culture and art, and Sorn, a restaurant with a focus on long lost recipes and the art of Southern Thai cuisine, using ingredients sustainably sourced from a trusted network of farmers and fishermen, as well as refined and sophisticated cooking techniques.

While the other two one-star restaurants are located within Bangkok’s vicinity: Ruean Panya (in Samut Sakhon province), a family-run restaurant recognised as a hidden gem with an amazing combination of food and art, where the owner chef’s attention to detail and the complexity of flavours make every dish worth the wait, and Suan Thip (in Nonthaburi province), a restaurant amidst a lush garden of trees and small ponds, where its refined cuisine is inspired by royal recipes. There is one restaurant in Phuket awarded one star: PRU, a sophisticated restaurant, tucked inside a luxury resort, offering delicate and neatly presented dishes created using many ingredients sourced from its own 96-hectare organic farm – even the butter is made in-house with milk sourced from Krabi.

In addition, three restaurants previously with one star – namely Elements, Nahm, and Saneh Jaan – have retained their awards, despite having new chefs at the helm.