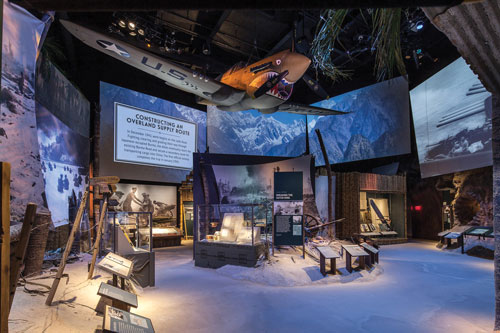 Blytheville, AR, 2019-Dec-09 — /Travel PR News/ — A website to promote the forthcoming National Cold War Museum in Blytheville, Arkansas has been launched. It is www.thenationalcoldwarmuseum.org.

The website tells the story of a community vision to convert several sections of the former Eaker Air Force Base into a national visitor attraction in Arkansas. The National Cold War Museum will chronicle the historic events that took place during the Cold War between the United States and the Soviet Union and the role that the base played.

“This former U.S. Air Force base has so many stories to tell because over 300,000 people helped fight the Cold War on this very ground,” said Liz Smith, museum board secretary. “We are excited that the website and social media will help us raise awareness and the funds necessary to bring these stories to life.”

In addition to the website, The National Cold War Museum has established a Facebook page and GoFundMe account to strengthen fundraising efforts for the second phase of development, which includes the January 2020 opening of the first on-site exhibit and welcome area.  This first exhibit, the Blytheville Air Force Base Exhibition, will be a historical perspective on the base and will set the stage for and highlight the vision of the museum.

Future phases of the museum will feature on-site experiences including a museum welcome center, self-guided tours, an interactive alert tower, B52 bombers, the Cold War Legacy Gallery, and more.

“This is an exciting time for the city of Blytheville and the entire state of Arkansas,” said Mary Gay Shipley, board chairman. “We believe that this museum will be a major national attraction for people with a keen interest in American and military history.”