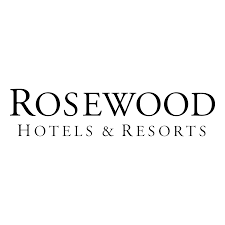 The Carlyle, A Rosewood Hotel reopens Café Carlyle on March 1, 2022

Isaac Mizrahi returns to Café Carlyle with his all-new show, In-Person, for a two-week residency, March 1 – March 12. His previous residencies in the room were sellouts, receiving widespread critical acclaim. Accompanied by his band of jazz musicians led by Ben Waltzer, Mizrahi will perform a range of tunes by the likes of Milton Nascimento, Billie Eilish and Steven Sondheim. He will dish on everything happening from social media to sex and what’s happening in these crazy times. The New York Times noted, “he qualifies as a founding father of a genre that fuses performance art, music and stand-up comedy.”

Acclaimed singer-songwriter Hamilton Leithauser returns to Café Carlyle for his fourth annual winter residency, March 15 – 26. The native New Yorker just released his most recent full-length record “The Loves of Your Life” in April 2020 deemed “his finest moment to date” by The Line of Best Fit. His previous release saw him collaborate with Angel Olsen on “Heartstruck (Wild Hunger).” Pitchfork declared the song “a gorgeously surreal version of early-1960s baroque-pop.” Leithauser’s 2016 collaboration with Rostam, I Had A Dream That You Were Mine, debuted at #1 on Billboard’s Heatseekers Chart, #1 New Artist Album, and was named one of the year’s best by Pitchfork, Esquire, NPR and more. 2021 saw Leithauser collaborating with Kevin Morby on both a sold-out US tour and their acclaimed track “Virginia Beach.” He ended the year being named among the most influential artists in Pitchfork’s history. His next full-length release is expected later this year.

Celebrated New York stage actor and stand-up comedian Mario Cantone, returning to Café Carlyle, April 12 – 16. From warming up jazz great Shirley Bassey at Carnegie Hall to headlining at Gotham Comedy and Caroline’s on Broadway, to his own critically acclaimed one-man-show turned Showtime Special Laugh Whore, his irreverent stand-up comedy routines and musical parodies have graced a wide range of venues. An accomplished stage actor, Cantone has starred in Tony-award-winning shows such as Terrence McNally’s dramatic comedy, Love! Valor! Compassion!, Shakespeare’s The Tempest at the Public Theater, and Assassins by Stephen Sondheim and John Weidman. He currently stars as “Anthony Marentino” on HBO Max’s new series And Just Like That, reprising his role from both the original Sex and the City show and movie franchise. His other television credits include performances on Comedy Central, appearances on The Tonight Show Starring Jimmy Fallon, The Dave Chapelle Show, The Today Show, and throughout its extensive run, multiple appearances on ABC’s The View.

John Pizzarelli returns to Café Carlyle with an all-new show, Stage & Screen, May 3 – 7. He will be joined by his trio and will perform songs from both The Great White Way and Film from yesterday and today. Pizzarelli is a world-renowned guitarist and singer, won his first Grammy Award last year for co-producing James Taylor’s Billboard chart-topping 2020 album “American Standard.” Pizzarelli has established himself as a prime contemporary interpreter of the Great American Songbook and beyond, with a repertoire that includes Joni Mitchell, Neil Young, Tom Waits, Antônio Carlos Jobim, and The Beatles. The New York Times has described John Pizzarelli and his wife Jessica Molaskey as “the supreme nightclub act of our time. He has been hailed by The Boston Globe for “reinvigorating the Great American Songbook and re-popularizing jazz.” Pizzarelli’s critically acclaimed record release in 2021 entitled “Better Days Ahead” features both signature songs and deep cuts from Pat Metheny’s prolific career, including material dating back from The Pat Metheny Group’s influential eponymous album from 1978, through the title track of 2020’s Grammy-nominated “From This Place.”

Grammy Award-winner and two-time Emmy nominee Steve Tyrell returns to Café Carlyle for his 18th engagement from May 17 – 28, with an all-new show. The pandemic-forced lockdown afforded the singer time to put the final touches on a project that had been years in the making, his 2021 release, “Shades of Ray: the Songs of Ray Charles,” an album the London Jazz News calls, “all killer, no filler!” Tyrell’s Café Carlyle performance will also feature favorites from the Great American Songbook including songs he has performed in major motion pictures, such as the Father of the Bride films. The New York Times declared, “Mr. Tyrell is a terrific storyteller… his sizable voice filters Louis Armstrong through Ray Charles and Dr. John.” Throughout his storied career, Tyrell has produced songs with a diverse roster of musicians, from Rod Stewart and Linda Ronstadt to Dolly Parton, Stevie Wonder, Burt Bachrach, and most recently, Kristin Chenoweth. As an artist, 12 of his 13 albums have achieved top-five status on Billboard’s Traditional Pop Charts, with his 2018 release, ”A Song For You” reaching #1.

Additional performances to be announced soon.

Reservations can be made online via Tock. Café Carlyle is located in The Carlyle, A Rosewood Hotel (35 East 76th Street, at Madison Avenue).

About Café Carlyle:
Tucked behind a Madison Avenue doorway, Café Carlyle welcomes its guests into a classic cabaret setting where incredible talent and music are paired with New York elegance and style, yet in an updated way. Originally opened in 1955, Café Carlyle is known for headlining incredible talent through the years – from classic performers such as Elaine Stritch and Eartha Kitt to more modern-day acts such as Jon Batiste, Isaac Mizrahi, Jeff Goldblum, Jill Kargman, Katharine McPhee, Dianna Agron, Alan Cumming, Debbie Harry and Rita Wilson. For three decades, Café Carlyle was synonymous with the legendary Bobby Short, who thrilled sell-out crowds for 36 years. Seating up to 90 for dinner and a performance, the intimate supper club is highlighted by music-themed murals by Oscar-winning French artist, Marcel Vertès. Renowned for its traditional elegance, the Café infuses modern elements without sacrificing the history and refinement that are hallmarks of The Carlyle. Café Carlyle, the New York City bastion of classic cabaret entertainment, continues to draw socialites, politicians and celebrities into its distinguished and glamorous setting.

About The Carlyle, A Rosewood Hotel:
Situated at the corner of Madison Avenue and 76th Street, The Carlyle, A Rosewood Hotel has been a classic landmark of Manhattan’s sophisticated Upper East Side since 1930. Located just one block from Central Park, The Carlyle is a 35-story, 190-room hotel highlighted by the original Art Deco design from the renowned Dorothy Draper. Following a multi-year thoughtful transformation of the legendary property by New York-based design firm tonychi studio, the property has recently debuted new guest rooms and suites in addition to a new signature restaurant, Dowling’s at The Carlyle. Embracing a passion for the arts, pianos grace many of the suites, and most tower rooms have views of Central Park. The Carlyle is also home to the renowned Café Carlyle and the beloved Bemelmans Bar and offers visitors a whimsical experience into an undefinable era of glamour. The Carlyle is the proud recipient of Condé Nast Traveler’s 2020 Readers’ Choice Award for #1 Hotel in New York City. Follow the latest news through the hotel’s Instagram: @RosewoodTheCarlyle @DowlingsAtTheCarlyle @BemelmansBar @CafeCarlyle

About Rosewood Hotels & Resorts:
Rosewood Hotels & Resorts® manages 26 one-of-a-kind luxury hotels, resorts and residences in 15 countries, with 25 new properties under development. Each Rosewood property embraces the brand’s A Sense of Place® philosophy to reflect the individual location’s history, culture and sensibilities. The Rosewood collection includes some of the world’s most legendary hotels and resorts, including The

Carlyle, A Rosewood Hotel in New York, Rosewood Mansion on Turtle Creek in Dallas and Hôtel de Crillon, A Rosewood Hotel in Paris, as well as new classics such as Rosewood Hong Kong. For those who wish to stay a little longer, Rosewood Residences offer a distinct opportunity for ownership or rent in extraordinary destinations within the brand’s wide-ranging portfolio.