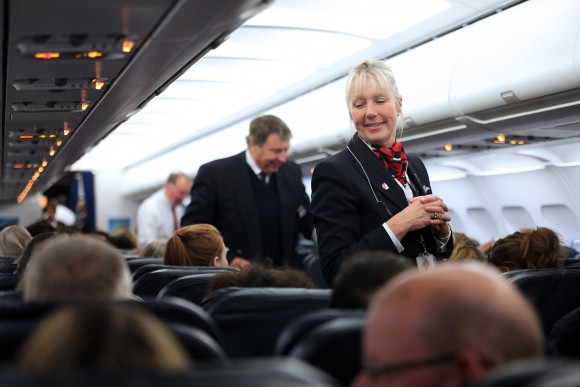 LONDON, 2016-Aug-16 — /Travel PR News/ — The British Airways Flying with Confidence course celebrates its thirtieth birthday on August 17 – having helped more than 50,000 people overcome their fear of flying since its launch.

To celebrate 30 years of running the course, the first 30 callers will receive a £30 discount for the Heathrow course on September 10. Customers can call 01252 793250 and quote “Facebook 30” to receive the discount.

The first ever course ran at Leeds-Bradford Airport on August 17, 1986, and was conceived by British Airways pilots who were keen to give nervous flyers a trusted and familiar course to overcome their fear.

During the three decades the course has helped newlyweds go on their dream honeymoon, supported couples in long distance relationships, assisted family reunions, as well as new jobs and opportunities overseas.

The course even helped a former WWII pilot gain the confidence to return to the skies after many years of avoiding flying.

Thirty years later and a new generation of the airline’s crew host the course which is now offered at airports across the airline’s global network, including Johannesburg and Dubai, as well as the UK.

British Airways Captain Steve Allright who has been involved in the course since 1992, and continues to lead it today, said: “It’s a wonderful milestone to reach.

“We love flying, and want everyone to share that feeling of limitless opportunity and adventure that only air travel can really deliver.

“We’ve had so many incredibly heart-warming stories during the 30 years of the course, but what they all have in common is that we’re helping to connect people, and that definitely makes it all worthwhile.”

The one-day course includes a morning session with British Airways pilots explaining the technical side of flying and challenging regular areas of concern such as turbulence, and expert advice from a clinical psychologist on relaxation techniques, and managing anxiety.

The day still includes an actual flight with a dedicated British Airways A320 short-haul aircraft and crew – where customers can put the theory into practice.

Since the first course in 1986 which saw customers conquer their fears on board a BAC 1-11 aircraft, the programme has used several types of planes including a Boeing 757, Boeing 737 and the A320 aircraft used by the airline today.

The next course is at Heathrow on September 10, 2016. For more course dates check www.flyingwithconfidence.com