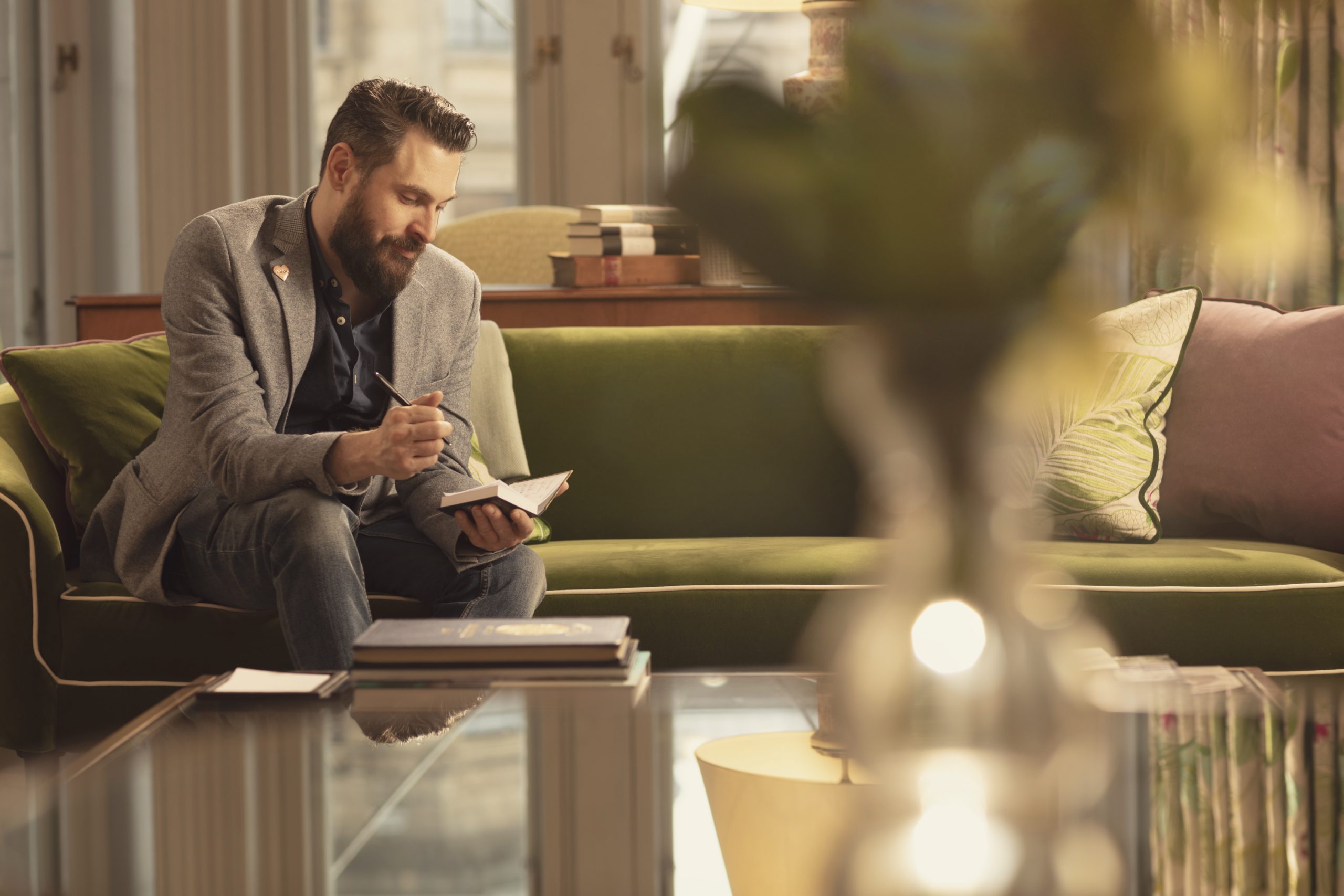 LONDON, UK, 2020-Feb-11 — /Travel PR News/ — In honour of Valentine’s Day, The Balmoral, a Rocco Forte hotel, will launch a unique, romantic offering for guests. The hotel’s new Poet in Residence can be commissioned to personally create a poem in the traditional Scottish language of Gaelic.  Making for the perfect memento for a wedding vow, proposal, anniversary or heart-felt love letter written in the most passionate of languages.

The Balmoral is proud to welcome Marcas Mac an Tuairneir, one of Scotland’s leading Gaelic poets as its Poet-in-Residence, or Bàrd air mhuinntireas.  To celebrate this new partnership, Marcas has written a ‘Love letter to The Balmoral’ depicting the romantic history of the hotel and the cultural richness of Scotland.

The Balmoral is renowned for its unique suite experiences, and this specially curated poem will be presented to guests staying in a signature suite when celebrating a proposal, wedding or honeymoon at the hotel.  In addition, when signature suite guests visit the hotel’s long standing jewellery partner, Hamilton & Inches, they will be offered a complimentary engraving of their most treasured line from their poem when they purchase a piece of silverware – the perfect keepsake of their time in Edinburgh.

“I’m thrilled to be partnering with the Balmoral, one of Scotland’s best loved cultural institutions, in order to bring some literary magic to guests’ experience and to celebrate those special moments through poetry. It is an honour and a privilege to be given a window into the workings of a Scottish icon and the lives of the people who pass daily through those revolving doors…” noted Marcas.

The Balmoral’s Poet-in-Residence can be pre-booked by guests staying in a signature suite for a celebration or to commemorate a special occasion. Guests can select a pre-written Gaelic poem or develop a bespoke poem with

Marcas. Signature suites start at £1400 per night including breakfast, based on two people sharing.  For those looking to bring their bespoke poetry to life and immerse themselves in Scottish tradition, Marcas can also be booked to perform the bespoke piece at a wedding, birthday or any other milestone event.

For further information on The Balmoral’s Poet-in-Residence or to commission a poem, please contact: reservations.balmoral@roccofortehotels.com.

The Balmoral
Many hotels claim to have landmarks on their doorstep, few can say their doorstep is a landmark. The Balmoral is a grand railway hotel located at Edinburgh’s most prestigious address, No 1 Princes Street. The Balmoral began life as a grand railway hotel in 1902, and over the last 115 years, The Glamis has been reserved for some of its most notable figures. Former guests to the landmark property include members of royal households and musical royalty including Sir Paul McCartney and The Rolling Stones. The Balmoral offers 187 contemporary rooms and opulent suites. Excellent cuisine is guaranteed in the Michelin-starred Number One restaurant as well as the hotel’s all-day dining venue Brasserie Prince by Alain Roux. Afternoon Tea is served in Palm Court and the hotel boasts a collection of over 500 single malt whiskies at SCOTCH.
www.roccofortehotels.com/the-balmoral-hotel

With its roots in Scotland’s very origins and still vibrant and essential to the country’s current cultural identity, Gaelic is the founding language of Scotland and is still spoken today by over 60,000 people. The language is steeped in history and romance, making a piece of bespoke Gaelic poetry the perfect gift for a loved one.

Marcas Mac an Tuairneir (Mark Spencer Turner) writes poetry, prose, drama and journalism, in Gaelic and English, and lives in the heart of Edinburgh’s Old town, in the city’s Literary Quarter. Marcas is also a member of the board of the Scottish Poetry Library, and Gaelic Advisor to the Federation of Writers (Scotland) and The Saltire Society.

In 2014, Marcas was awarded the Highland Literary Salon prize for poetry and both second and first place in the ‘The Baker Prize’ for Gaelic Literature. In 2015, he was shortlisted for the national William Blake Poetry Prize, for his poetry in English. In the same year he was the winner of the Scottish Association of Writers’ ‘Write Up North!’ poetry competition. He was shortlisted for the Wigtown Gaelic Poetry Prize in 2015 and 2016 and was named outright winner in 2017.