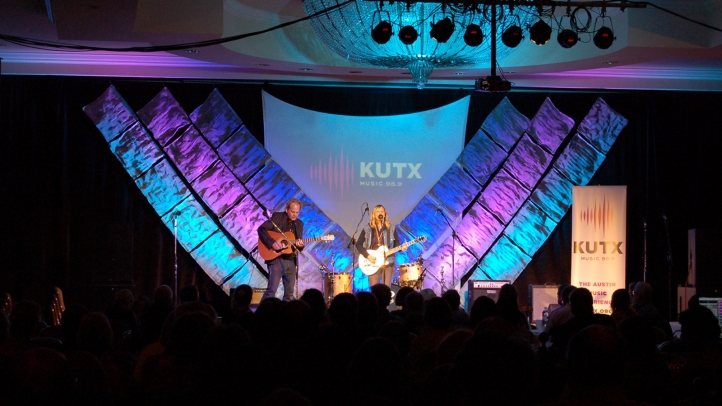 Austin, U.S.A, 2018-Feb-23 — /Travel PR News/ — Early birds really do get the worm, at least when it comes to one of South-by-Southwest’s longest running events for local music fans.

Now in its eighth year, the annual KUTX Live music series at Four Seasons Hotel Austin continues this year with four days of performances and interviews with some of the festival’s most anticipated artists. The popular event is hosted in partnership with KUTX 98.9, The Austin Music Experience, and takes place March 14-17, 2018 from 7:00 to 10:30 am daily (8:00 to 11:30 am on Saturday).

“KUTX’s partnership with Four Seasons during SXSW is a highlight of our year,” says Matt Reilly, the station’s program director. “We’ve put together another outstanding line-up – including established acts like Nathaniel Rateliff and the Night Sweats, up-and-comers like Knox Fortune and a selection of Austin acts like Melat and Kalu James – that is sure to appeal to a wide array of music lovers.”

In addition to the regular shows, KUTX and Four Seasons will also offer family-friendly “Spare the Rock, Spoil the Child” showcases daily between the main acts.

Admission to the main show, which includes a breakfast taco, KIND granola bar and bottomless coffee, is USD 15 per adult or USD 5 for children 12 and under. New this year, those interested in attending only the children’s shows may purchase a wristband for USD 5 per adult or child; benefits still include the above breakfast treats, however the wristband does not allow entry to the main stage.

All KUTX Live event proceeds in 2018 will be donated to The Trail Foundation to support the organisation’s Brazos Bluff project. Aimed at restoring, beautifying and enhancing the public parkland area directly beneath the Hotel, the project will add a much-needed stopping point along the Ann and Roy Butler Hike-and-Bike Trail for people to take a quick stretch, meet for a picnic or watch a fiery sunset from a newly constructed viewing deck.

“The Trail is an integral part of Austin and we consider ourselves fortunate to be one of the stewards helping to ensure it is enjoyed – by both locals and visitors – for many generations to come,” says Rob Hagelberg, General Manager at Four Seasons Hotel Austin.