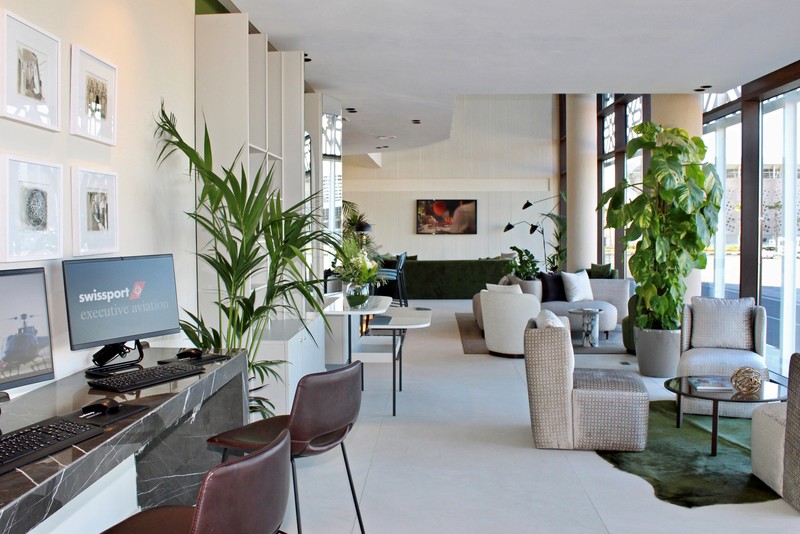 Swissport Executive Aviation has moved into a newly built terminal for VIP flights and executive aviation at Marrakech Menara Airport, where it opened a fixed-base operation (FBO) on 1 February 2020. The new facility offers state-of-the-art infrastructure, that make arrivals, stopovers and departures convenient and hassle-free. Marrakech is Swissport’s second facility of this kind in Morocco, after the Casablanca FBO, which opened in 2018. The VIP terminal includes a building from the Moroccan Airports Authority ONDA for police and customs.

On more than 500 sqm, the stylish facility offers relaxing lounge space for up to 40 passengers, including a bar and a media corner. The terminal also includes a VVIP lounge for up to nine guests. The first floor is reserved for crew members and can accommodate up to 18 people. Here, they can relax and prepare for their flights. The crew area includes a TV lounge, a kitchen, two spacious bedrooms and bathrooms with showers.

“With the opening of our second Moroccan FBO in this new, state-of-the-art VIP terminal in Marrakech we are further expanding Swissport’s strong position in the north African Executive Aviation market”, says Christophe de Figueiredo, CEO Swissport Morocco. “We are pleased to increase our services and quality for the executive aviation community traveling to and from Marrakech Menara Airport.”

Swissport Executive Aviation was first launched as a business line at the Nice Côte d’Azur Airport in 2001. In 2018, the Casablanca FBO was added to the global network. Today, Swissport Executive Aviation handles over 24,000 flights per year at over 90 bases around the world. Our dedicated employees go the extra mile to follow our clients’ schedules to the minute and to perform beyond their high expectations.