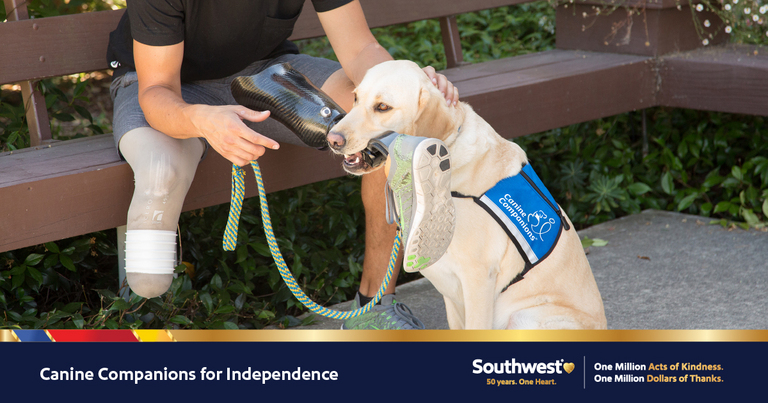 Dallas, Texas, 2021-Nov-16 — /Travel PR News/ — Southwest Airlines Co. (NYSE: LUV) has selected the 52 nonprofit organizations to each receive 100 domestic one-way Southwest travel awards to help spread kindness and support their missions. The winning organizations were chosen as part of a contest the carrier launched in September after achieving one million Acts of Kindness in 2021, a goal set to celebrate Southwest’s 50th Anniversary.

“As we reflect on our 50th Anniversary celebration, the one million Acts of Kindness challenge and the One Million Dollars of Thanks contest stand out as particularly memorable programs. They underscore the Heart of our Values for more than 50 years: kindness and following The Golden Rule—treating others as you would like to be treated,” said Linda Rutherford, Executive Vice President People & Communications at Southwest Airlines. “We are inspired by the more than 2,500 organizations that entered the contest and shared their missions with us. We’re grateful for the opportunity to support the selected organizations and the work they are doing in their communities to impact the lives of others.”

The organizations selected to win the travel awards include:

In its 51st year of service, Dallas-based Southwest Airlines Co. continues to differentiate itself from other air carriers with exemplary Customer Service delivered by nearly 54,000 Employees to a Customer base that topped 130 million Passengers in 2019. Southwest has a robust network of point-to-point service with a strong presence across top leisure and business markets. In peak travel seasons during 2019, Southwest operated more than 4,000 weekday departures among a network of 101 destinations in the United States and 10 additional countries. In 2020, the carrier added service to Hilo, Hawaii; Cozumel, Mexico; Miami; Palm Springs, Calif.; Steamboat Springs; and Montrose (Telluride), Colo. Thus far in 2021, Southwest has initiated service to Chicago (O’Hare) and Sarasota/Bradenton both on Feb. 14; Savannah/Hilton Head and Colorado Springs both on March 11; Houston (Bush) and Santa Barbara, Calif. both on April 12; Fresno, Calif. on April 25; Destin/Fort Walton Beach on May 6; Myrtle Beach, S.C. on May 23; Bozeman, Mont. on May 27; Jackson, Miss. on June 6; Eugene, Ore. on Aug. 29 and Bellingham, Wash. on Nov. 7. The carrier will begin service to Syracuse on Nov. 14.