Oakland, CA, United States, 2013-11-27 — /travelprnews.com/ — The Port of Oakland, operator of Oakland International Airport (OAK), announces that Scott Wintner has joined its team as Aviation Senior Marketing and Communications Representative.  In this new role, Wintner will work closely with Airport leadership to strengthen global recognition of OAK and enhance its relationships with key stakeholders.

“In addition to extensive public affairs experience, Scott brings to Oakland International Airport a deep understanding of the dynamics of our complex industry and tremendous enthusiasm for the important role airports play in their communities,” said Port Aviation Director Deborah Ale Flint. “We look forward to Scott’s contributions as we realize OAK’s growth potential and continue to raise our profile around the globe as the ‘best way to San Francisco Bay’.”

Wintner joins the Port of Oakland from Wayne County Airport Authority in Detroit, Mich., where he served for nearly seven years as Public Affairs Department Manager with the agency responsible for operating Detroit Metropolitan Airport (DTW) and historic Willow Run Airport (YIP).  There, Wintner managed a team responsible for corporate strategic communication, international media relations, commercial filming and photography production and customer service initiatives for one of the world’s busiest airport systems and the home of the world’s sixth-busiest airline hub.

Prior to his time in Detroit, Wintner served in various communications, marketing and policy roles with Airports Council International-North America (ACI-NA) in Washington, D.C.–the leading trade association of airports in the United States and Canada.  He remains active in ACI-NA as a member of its Facilitation Committee Steering Group and Customer Service Working Group.

Wintner began his transportation career as a travel agent, and has since also held public affairs and advocacy positions with the Motion Picture Association of America (MPAA) and Ogilvy Public Relations Worldwide.  He holds a Bachelor of Science degree in Communication from Boston University. 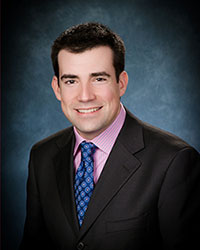