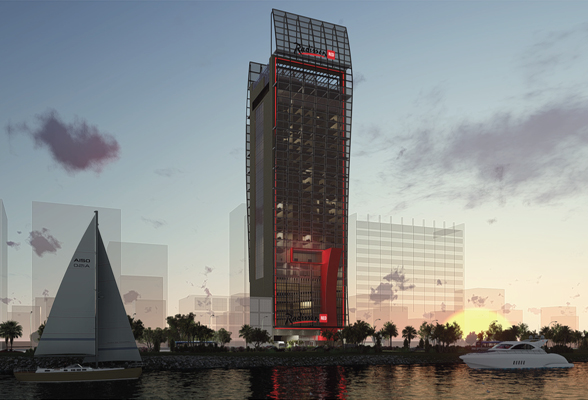 BRUSSELS, Belgium, 2018-Oct-03 — /Travel PR News/ — Radisson Hospitality AB, publicly listed on Nasdaq Stockholm, Sweden and part of Radisson Hotel Group, is proud to announce the signing of 10 new hotels in Africa to date in 2018, accelerating its expansion across the continent.

Elie Younes, Executive Vice President & Chief Development Officer, Radisson Hotel Group, said: “We strongly believe in Africa. We’re thrilled to add 10 new hotels in just nine months. The transactions are strategically aligned to deliver our five-year development plan across the continent, the introduction of new brands and a scaled growth in Africa’s key destinations. So far this year, we’ll be adding more than 1,300 rooms to our portfolio in Africa, and we plan to continue this accelerated growth through further expansion in our focus markets across this flourishing continent.”

In addition to the Radisson Hotel & Apartments Abidjan Plateau and the Park Inn by Radisson Lusaka Longacres that were announced earlier this year, the remaining eight new hotel deals include:

Radisson Collection Ikoyi Lagos, Nigeria
Radisson Collection, the Group’s premium lifestyle collection of exceptional hotel properties in unique locations, will make its debut in Ikoyi Lagos. This luxury hotel will be situated in a prestigious upscale area within Lagos Island, at the edge of the Lagos Lagoon.

Scheduled to open in 2020, the hotel will feature 165 rooms, including contemporary standard and executive rooms and a presidential suite. The hotel will have an extensive food and drink offering with six different outlets designed for memorable dining experiences. These include all-day dining and specialty restaurants, as well as a lobby café and three bars, all designed to create a vibrant social scene. The hotel will feature an extensive meetings & events area, consisting of eight different outlets that can host more than 400 people. The social spaces will include a spa, gym and pool.

Radisson Hotel Lagos Ikeja, Nigeria
This will be the first Radisson branded hotel in Nigeria, bringing the upscale hotel brand that delivers Scandinavian inspired hospitality to a new market.

Located in Ikeja, the capital of the Lagos State, the hotel will be situated on Mobolaji Anthony Highway, a main highway linking Ikeja with the rest of Lagos. The international airport, which accounts for 50% of all air traffic in Nigeria will be located 1km from the hotel.

The hotel will have 92 rooms, which include standard and deluxe rooms as well as suites designed to delight the senses. It will also feature three different, locally inspired food and drink outlets, including an all-day dining restaurant, bar and pool terrace. The meeting & events area will include three different outlets and a business center. In addition, the hotel will feature a special lounge for airline crews, a spa, gym and swimming pool.

Comprising 55 contemporary hotel apartments, the hotel will also offer four food and drink outlets made up of an all-day dining restaurant, bar and two outdoor terraces. The meeting & events areas will consist of three flexible meeting rooms covering 120sqm. Leisure facilities will include a gym and a swimming pool.

The new-build hotel, scheduled to open in 2021, will have 165 rooms comprising standard rooms and suites with bold wall graphics and design with attitude. The hotel’s food offering will include a Redeli, a premium deli with the soul of a bar as well as a OuiBar + KTCHN, rooftop bar and terrace with panoramic city and ocean views. The leisure facilities will include a rooftop swimming pool and a fully equipped gym, creating a buzzing interactive social scene. The meeting & events area will break from tradition with a modern event studio and four reading rooms.

The new-build hotel will feature 120 rooms, with a mix of stylish standard rooms and suites. Drawing inspiration from local cuisine, the food and drink outlets will include a restaurant and two bars, with leisure facilities consisting of a fully equipped gym and beauty salon. The hotel’s extensive meeting space will be built over an area of 456sqm.

Park Inn by Radisson Tunis, Tunisia
Radisson Hotel Group will arrive in the capital city of Tunisia with the Park Inn by Radisson Tunis. The hotel will be located in the bustling city center, just 5km from Tunis-Carthage International Airport, with easy access to the highway. It will also be within walking distance of the Tunis Train Station as well as the business district of Avenue Habib Bourguiba and Avenue Mohamed V. The Medina, with more than 700 monuments, palaces, mausoleums and the Great Mosque, will be just 1.5km away from the hotel.

The hotel will feature 102 rooms, with a mix of standard rooms and suites. The food and drink options will include a restaurant and a rooftop bar, while the leisure facilities will include a gym. The hotel will be well-equipped for meetings & events with an extensive meeting space, which will offer delegates 261sqm across three conference rooms, three meeting rooms and a boardroom.

Radisson Blu Hotel Niamey, Niger
Entering a new African market, the new-build Radisson Blu Hotel, Niamey will open in 2019. Niamey, the capital city of Niger and a hub in Francophone West Africa is part of ECOWAS as well, and will strengthen Radisson Hotel Group’s strategic position in West Africa. The hotel will lead the market in Niamey as it fills the void of quality internationally branded hotels in the region.

The 196-room hotel will include five different rooms types, including stylish presidential and royal suites. The food and drink outlets will also offer a variety of choice, including two restaurants, two bars and an executive lounge. The extensive meeting & events area will span an area of more than 1,200sqm – including a conference room, business center and various meeting rooms. The hotel will also feature a spa, fitness room and swimming pool.

Radisson Blu Hotel Conakry, Republic of Guinea
Scheduled to open in 2019, the Radisson Blu Hotel, Conakry will be the brand’s first property in the capital city of Guinea, another important hub within Francophone West Africa. The hotel will lead the upper upscale hotel market of Conakry with its prime location, accessibility, and international upper upscale branding.

The hotel will be ideally positioned near the city center, and will be surrounded by the Convention Centre, Palais du Peuple, the National Hospital and multiple embassies. Conakry International Airport will be less than 10km away.

The hotel will feature 123 bedrooms, consisting of five different room types – including two presidential suites. The food and drink offering will include all-day dining and specialty restaurants, a pool lounge and bar. The meeting & events area will offer more than 400sqm of space, consisting of four flexible meeting rooms – with the hotel also set to feature a spa, a fitness room and a swimming pool.

Radisson Meetings place people at the heart of the process and treat every meeting or event as more than just a date on the calendar. Radisson Meetings is built around three strong service commitments: Personal, Professional and Memorable, whilst delivering on the brilliant basics and our signature Yes I Can! service spirit.

More than 95,000 global team members work for the Radisson Hotel Group and at the hotels licensed to operate in its systems.