Brussels, Belgium, 2013-11-5 — /travelprnews.com/ — Carlson Rezidor, one of the ten largest and most dynamic hotel groups worldwide, announces the Radisson Blu Le Vendome Hotel Cape Town in South Africa. The upper upscale property featuring 143 rooms is scheduled to open within the next six months. Formerly known as “Hotel Le Vendome” and a local landmark, the property is undergoing renovation and refurbishment in order to be re-positioned as one of Cape Town’s leading upper upscale addresses. The Radisson Blu Le Vendome Hotel brings Carlson Rezidor’s strong portfolio in Cape Town to five hotels in operation and under development.

“We are proud to operate this hotel and thank the owners for their confidence in our group. The property will further strengthen our offer in Cape Town which shows an increasing demand for sophisticated business and leisure hotels. All across the African continent we now operate and develop 53 hotels, and we will grow further – the Emerging Market of Africa is one of our most important regions for future business development”, said Wolfgang M. Neumann, President & CEO of Rezidor. Carlson Rezidor is a leading international player on the African hotel market. In sub-Saharan Africa, the group has the largest pipeline of hotel rooms under development.

On behalf of the property owners, HE Khalaf Bin Ahmed Al Otaiba – who owns distinctive properties and hotels across the UAE – added: “We are pleased to be investing in South Africa as this is a promising destination and a great opportunity that suits our business model. We have been eagerly anticipating the hotel’s conversion to Radisson Blu, and are delighted that the property now will bear the name of such a recognized global leader”.

The Radisson Blu Le Vendome Hotel is located in the popular area of the Platinum Mile in the cosmopolitan and safe suburb of Sea Point, a prime position along Cape Town’s Atlantic Seaboard precinct. It is only 50m away from the Sea Point Promenade and 2km away from South Africa’s number one tourist destination, The Victoria & Alfred Waterfront. Cape Town’s city centre and Table Mountain are located within a 5km radius of the hotel; the distance to the airport is 25km. The famous Cape of Good Hope is a two hour drive away.

Besides stylish 143 rooms including 14 suites – all with Radisson Blu signature services such as free high speed internet access – the hotel offers more than 400m² of bar & restaurant facilities including an all-day-dining restaurant with terrace and a bar, 290m² of meeting space including sub divisible boardroom and two smaller meeting rooms, as well as an outdoor swimming pool. A gym will be added during the refurbishment works.

As the capital of the Western Cape and the seat of the National Parliament, Cape Town enjoys a large government presence. Moreover, it is the most visited destination on the African tourist map with four million visitors per year. The oldest city in South Africa offers the top five national tourist attractions in the country: Table Mountain, Victoria & Alfred Waterfront, Robben Island (with the prison where Nelson Mandela was held), Cape Town Wine Routes and Kirstenbosch Botanical Gardens. 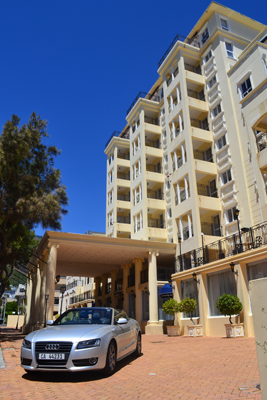