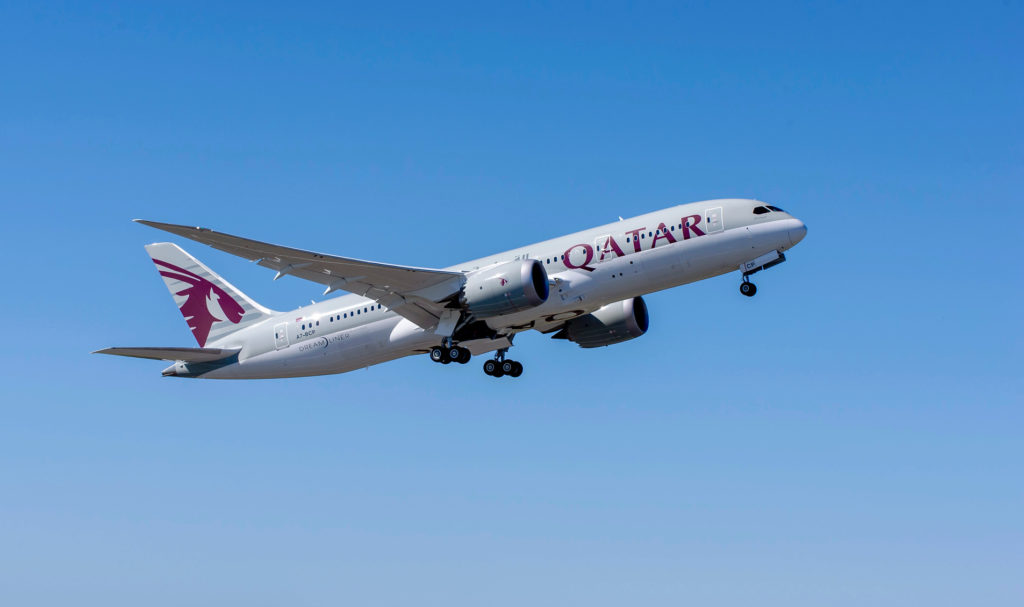 DOHA, Qatar, 2021-Dec-20 — /Travel PR News/ — Qatar Airways marks a new milestone by resuming its pre-pandemic in-flight dining experience on its London and Paris routes, once again offering the full personalised services that the airline is renowned for around the world. Passengers in First and Business Class will no longer be offered meals on a serving tray, instead the food service will follow the fine-dining etiquette, where the silverware and chinaware will be presented elegantly on crisp white linen complete with candle light; the perfect setting at 40,000 feet.

Qatar Airways Group Chief Executive, His Excellency Mr. Akbar Al Baker, said: “The past year and a half has been a challenging period for the aviation industry, however we grew stronger and became more resilient as time went by. Today, we are happy to mark a new chapter that brings us a step closer to the recovery of the pandemic. Passengers will now be able to further enjoy Qatar Airways’ world-renowned in-flight services onboard our flights between Doha, London and Paris with more destinations to follow.”

Since the onset of the COVID-19 pandemic, the airline has applied rigorous additional health and safety measures on board its flights in an effort to minimise contact between crew and passengers. In Economy Class service, meals and cutlery were all served sealed as usual. First and Business Class meals were served covered on a tray instead of a table layup, and the cutlery roll was offered to passengers as an alternative to individual cutlery service. Qatar Airways also introduced single-use menu cards and sealed refreshing wipes during this time. All social areas including the lounge onboard the aircraft were closed adhering to social distancing measures, but will now reopen for premium passengers to access.

The national carrier of the State of Qatar continues to rebuild its network, which currently stands at over 140 destinations. With more frequencies being added to key hubs, Qatar Airways offers unrivalled connectivity to passengers, making it easy for them to change their travel dates or destination as required.

Earlier this month, Qatar Airways earned the title of ‘World Class’ airline and ‘2022 Five Star Global Airline’ at the APEX/IFSA Awards, in addition to securing two additional awards including APEX Passenger Choice Awards® for Best Food & Beverage and Best Seat Comfort. Throughout the pandemic, the airline has been recognised for its continued emphasis on innovation and an unparalleled commitment to creating the most premium passenger experience in the industry.

In addition to this, Qatar Airways has become the first global airline in the world to achieve the prestigious 5-Star COVID-19 Airline Safety Rating by Skytrax. This follows the success of Hamad International Airport (HIA) as the first airport in the Middle East and Asia to be awarded a Skytrax 5-Star COVID-19 Airport Safety Rating. These awards provide assurance to passengers across the world that the airline’s health and safety measures are subject to the highest possible standards of professional, independent scrutiny and assessment. For full details of all the measures that have been implemented on board and at HIA, please visit qatarairways.com/safety.