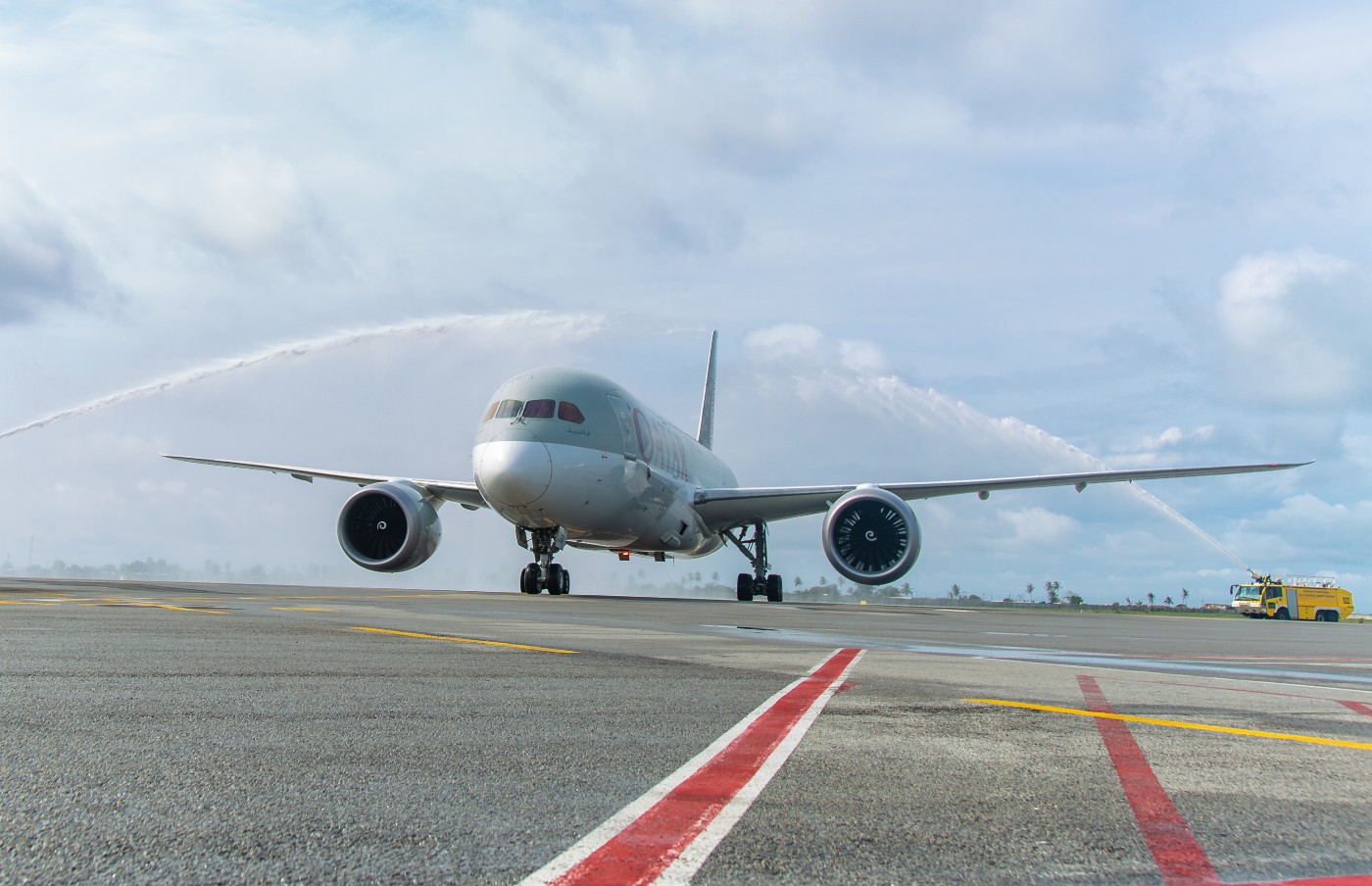 DOHA, Qatar, 2021-Jun-18 — /Travel PR News/ — Qatar Airways welcomes Abidjan to its global network as its debut flight to the largest city in Côte d’Ivoire landed at Felix Houphouet Boigny International Airport today (16 June 2021). With three weekly flights, the service between Doha and Abidjan via Accra will be operated by the airline’s state-of-the-art Boeing 787 Dreamliner featuring 22 seats in Business Class and 232 seats in Economy Class, along with capacity of up to 15 tonnes of cargo.

Qatar Airways Group Chief Executive, His Excellency Mr. Akbar Al Baker, said: “Launching flights to Abidjan, Côte d’Ivoire – our fourth new destination in Africa since the start of the pandemic, after having recently launched Abuja in Nigeria; Accra in Ghana; and Luanda in Angola is a significant step in our African growth. This is testament to our commitment to the African continent where we now operate over 100 weekly flights to 25 destinations in 18 countries via our home and hub, Hamad International Airport.”

“At Qatar Airways, being there for our passengers, trade partners and corporate customers has been our major focus since the start of the pandemic. We thank the government of Côte d’Ivoire for their support to launch these flights, and we look forward to working closely with our partners here to grow this route and support the recovery of tourism and trade in this region. As global travel recovers in 2021, we look forward to further expanding our network and offering more connections to and from Africa.”

The launch of Abidjan also supports increased demand for trade between Côte d’Ivoire and destinations on the Qatar Airways network such as Paris, Beirut and many points in the Indian subcontinent. With up to 15 tonnes of cargo capacity on the aircraft per flight, Qatar Airways Cargo will play a key role in facilitating key exports from Côte d’Ivoire.

The global COVID-19 pandemic has created unprecedented challenges for the aviation industry and, despite this, Qatar Airways never ceased operations and worked diligently to take people home safely and reliably throughout the crisis. The airline has also added seven new destinations in the past 12 months including San Francisco and Seattle in the US, Abuja, Accra and Luanda in Africa, and Brisbane and Cebu in Asia Pacific.

Qatar Airways has become the first global airline in the world to achieve the prestigious 5-Star COVID-19 Airline Safety Rating by international air transport rating organisation, Skytrax. This follows HIA’s recent success as the first and only airport in the Middle East to be awarded a Skytrax 5-Star COVID-19 Airport Safety Rating. For full details of all the measures that have been implemented on board and in HIA, please visit qatarairways.com/safety.

Qatar Airways is the only airline to have been awarded the coveted ‘Skytrax Airline of the Year’ title, which is recognised as the pinnacle of excellence in the airline industry, five times. In addition to this, Qatar Airways home and hub, Hamad International Airport (HIA) was ranked the ‘Best Airport in the Middle East’ for the sixth consecutive year and rose to ‘Third Best Airport in the World’ by the Skytrax World Airport Awards 2020.