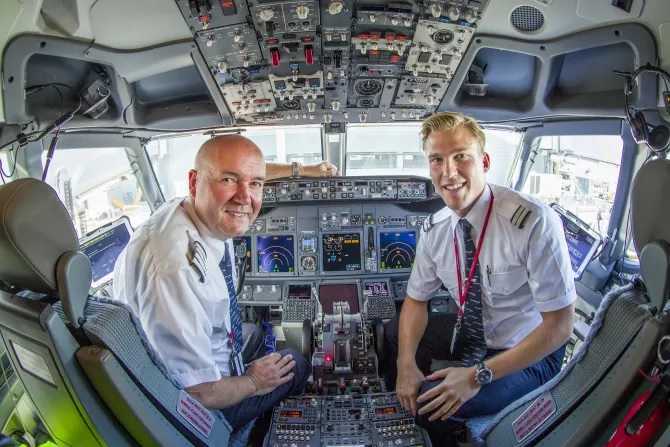 LONDON, UK, 2018-Oct-22 — /Travel PR News/ — Following a successful test project, Norwegian will expand its cooperation with AVTECH Sweden AB to further reduce fuel consumption. A report by the Swedish Energy Agency, which partly financed the project, shows that fuel consumption was reduced by 22 kilos per flight. This equals an annual CO2 reduction of 16,000 tons – or a reduction of 5,000 tons of fuel per year, which in turn leads to reduced costs for Norwegian.

The new technology, Aventus Air™ weather service, provides Norwegian’s pilots with highly accurate wind and temperature information in accordance with their flight plan. Data is transferred to the aircraft’s systems, which makes it possible to optimise the flight path for improved fuel efficiency and reduced emissions.

“We work actively to reduce emissions. We have one of the youngest and most environmentally friendly fleets in the world, which has enabled us to reduce emissions by more than 30 percent since 2008. Our ambition is to continue to reduce emissions per passenger with fuel-efficient aircraft and with innovative technology. The AVTECH project demonstrates that fuel consumption can be further reduced by using advanced weather data. We are looking forward to establishing a permanent partnership that benefits both the environment and Norwegian’s costs,” says Tomas Hesthammer, Norwegian’s Director of Flight Operations.

Reduced fuel consumption is crucial to reducing emissions. In anticipation of biofuel becoming commercially available and manufactured in large scale, new aircraft is the single most important measure an airline can take to reduce emissions.

In September this year, Norwegian was named the world’s most fuel-efficient airline on transatlantic routes by the The International Council on Clean Transportation (ICCT). The ICCT’s analysis shows that Norwegian has a fuel consumption of 44 passenger kilometers per liter, which is 33 percent more fuel-efficient than the industry average.