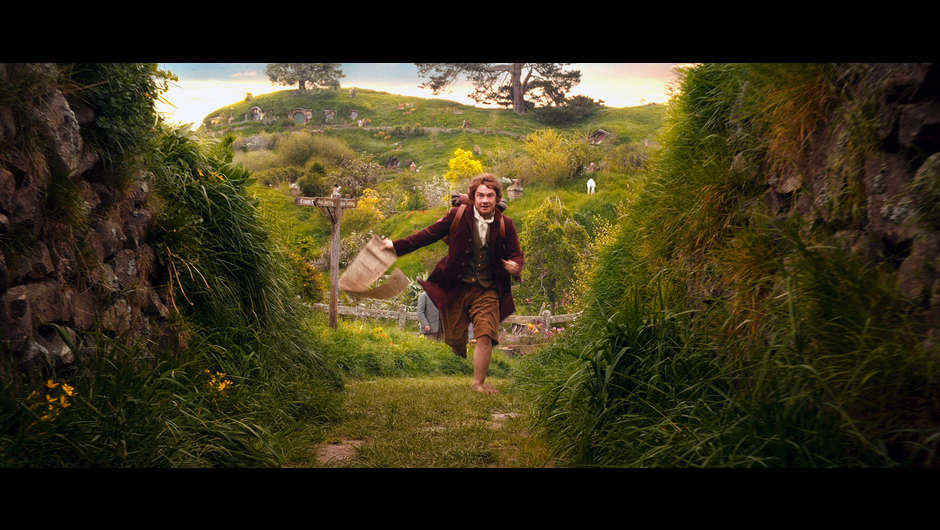 “The beauty of it (New Zealand) was not lost on us and the fact that it looked like CGI … kinda looked more perfect than nature, it was just funny because we were just looking at mountains thinking no one is going to believe this is real.” (Martin Freeman)
Credit: Warner Bros.

Hairy feet and lembas bread will be the order of the day at Hobbiton Movie Set on September 22 as they celebrate International Hobbit Day.

Auckland, New Zealand, 2017-Sep-20 — /Travel PR News/ — Hairy feet and lembas bread will be the order of the day at Hobbiton Movie Set on September 22 as they celebrate International Hobbit Day.

Happy Hobbits are set to party, celebrating not only International Hobbit Day but the birthdays of Frodo and Bilbo Baggins.

An ‘unexpected party’ of fans will take a guided tour of the Shire at dusk experiencing the Hobbiton Movie Set as the sun sets over the Matamata countryside. The group will meander through the 12 acre site in the Waikato region on New Zealand’s North Island, recounting the details of how the movie set was created.

Arriving at The Green Dragon Inn in front of open fires, visitors will be able to toast the birthday boys as well as all Hobbits with the specially made Southfarthing™ range of drinks. Two traditional ales, an apple cider and non-alcoholic ginger beer, all handcrafted, will be available because all Hobbits like a wee tipple, especially on International Hobbit Day.

The Marketplace will create a bustling, vibrant experience with individually themed stalls bursting with traditional Hobbit fare. The market stalls will consist of New Zealand cheeses, freshly baked artisan breads, cured meats, smoked fish, and of course fresh produce from the Hobbiton gardens. Live entertainment will add to the atmosphere and one could be forgiven for thinking they had been transported right into one of Tolkien’s books.

It wouldn’t be a celebration worthy of a Hobbit without a full buffet dinner. Second helpings will be encouraged and even thirds for the Peregrin Tooks of the group.

To finish guests will receive an authentic handheld lantern to light the way back through the Shire. This stunning moonlit journey will travel through the village lit up with Hobbit hole smoking chimneys and lanterns glowing against the darkness.

Flanking the mighty Waikato River which flows through the heart of the North Island, the prosperous Waikato farming region has been a tourism destination with an international reputation for at least 125 years. First it was the underground lights of glowworm caverns in the famed Waitomo Caves, now it’s the home of hobbits as featured in The Lord of the Rings andThe Hobbit film trilogies.

But long before Europeans were on the trail through the Waikato, Māori were the people of this historically and culturally significant land.  Many Waikato Māori trace their ancestry back 800 years to the arrival of the Tainui waka (canoe). This area was well populated with Māori pa (fortified villages), and an important centre of early Māori commerce.