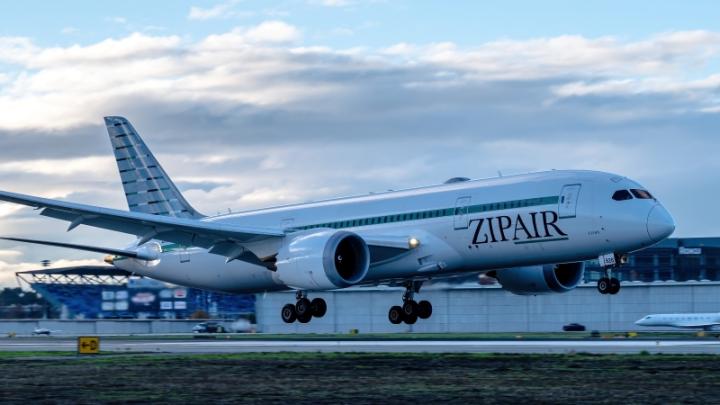 To mark the occasion, SJC hosted a celebration and ribbon cutting ceremony at the departure gate for ZIPAIR’s first outbound flight from San José.

“Since the introduction of ZIPAIR in 2018, we have continued to expand our network, and this service from San José will become our sixth international route, which we hope provides customers a new convenient choice when traveling to Japan, not only once a year, but on multiple occasions,” said ZIPAIR Director and Chief Marketing Officer Yasuhiro Fukada.

You may also be interested in:  WTTC research: £60 million a day being lost to the UK economy due to collapse of international travel during 2020

In addition to being part of the celebration, passengers aboard ZIPAIR’s first flights into and out of San José were presented with special gifts to commemorate the occasion.

San José is ZIPAIR’s third U.S. destination after Honolulu and Los Angeles, and its first in the Bay Area. As the first and only transpacific carrier offering low-cost service between the Bay Area and Asia, ZIPAIR expects to serve customers from across Northern California through its new San José gateway.

ZIPAIR’s new nonstop flights between San José and Tokyo will operate three times per week during the holiday season before increasing to five flights per week on Jan. 11, 2023. ZIPAIR intends to offer daily service on the route later in 2023.

Additional photos and b-roll from the inaugural flight and celebration are available upon request.

You may also be interested in:  Belfast City Airport staff members to participate in the Belfast City Marathon, its first fundraiser for AWARE

Established in 2018 as a wholly owned subsidiary of Japan Airlines, ZIPAIR features a fully customizable travel experience based on an LCC business model. Offering complimentary Wi-Fi for all classes of travel, the carrier operates the Boeing 787-8 Dreamliner configured in a 290-seat layout. One of the few international airlines to provide a contactless inflight experience, ZIPAIR`s self-ordering payment system is accessible to order meals and goods through a personal smartphone or tablet. Based out of Tokyo Narita, ZIPAIR currently operates to 5 international destinations, including Bangkok, Seoul, Honolulu, Singapore, Los Angeles and San José (California).