Vicente Fox served as President of Mexico from 2000 to 2006, the first candidate from an opposition party to be elected president since 1920. Under his leadership, the country experienced a stretch of fundamental economic strength and stability.

In his book, released in 2007, “Revolution of Hope,” Vicente Fox described the road that led him to the office of the President, the history of his family, the root and foundation of the values that motivate his actions, and the gamut of experiences that led to his transformation from businessman to head of state.

Since his presidency, Vicente Fox has continued to fight for Mexico and to make a difference, to improve and one day overcome the shameful conditions people in various parts of Mexico and all of Latin America endure every day. He has received numerous honorary degrees and is currently a member of Club de Madrid, an independent non-profit organization made up of 81 ex-heads of state and former leaders of democratic governments. If there is a road that Vicente Fox has chosen to follow in his life, it is, without a doubt, one that leads to the consolidation of democracy and leadership in Mexico and Latin America.

“We are honored that President Fox will be able to join us at HOLA,” said Jim Burba, president of BHN. “As a former head of state of one the region’s most important countries, his views on the challenges and the opportunities ahead for Latin America will be of a high degree of interest to the HOLA delegates,” Burba continued.

The HOLA conference is designed to provide an annual meeting place for hotel executives, investors, lenders, developers, and the professional advisory community who are interested in doing deals in one of the world’s hottest hotel markets, Latin America. HOLA immediately follows a second important event, the Caribbean Hotel & Resort Investment Summit (CHRIS), which will be held in the same hotel in Miami, April 28-29, 2014. The back-to-back nature of the two events, is an efficient way for the hotel investment community that is interested not only in Latin America, but in Caribbean region, to conduct their business while in Miami, the gateway to Latin America and the Caribbean. HOLA and CHRIS are hosted by Burba Hotel Network (BHN).

For additional information about HOLA or to register for the conference, please visit www.HOLAconference.com. 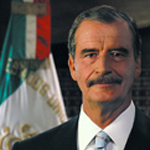