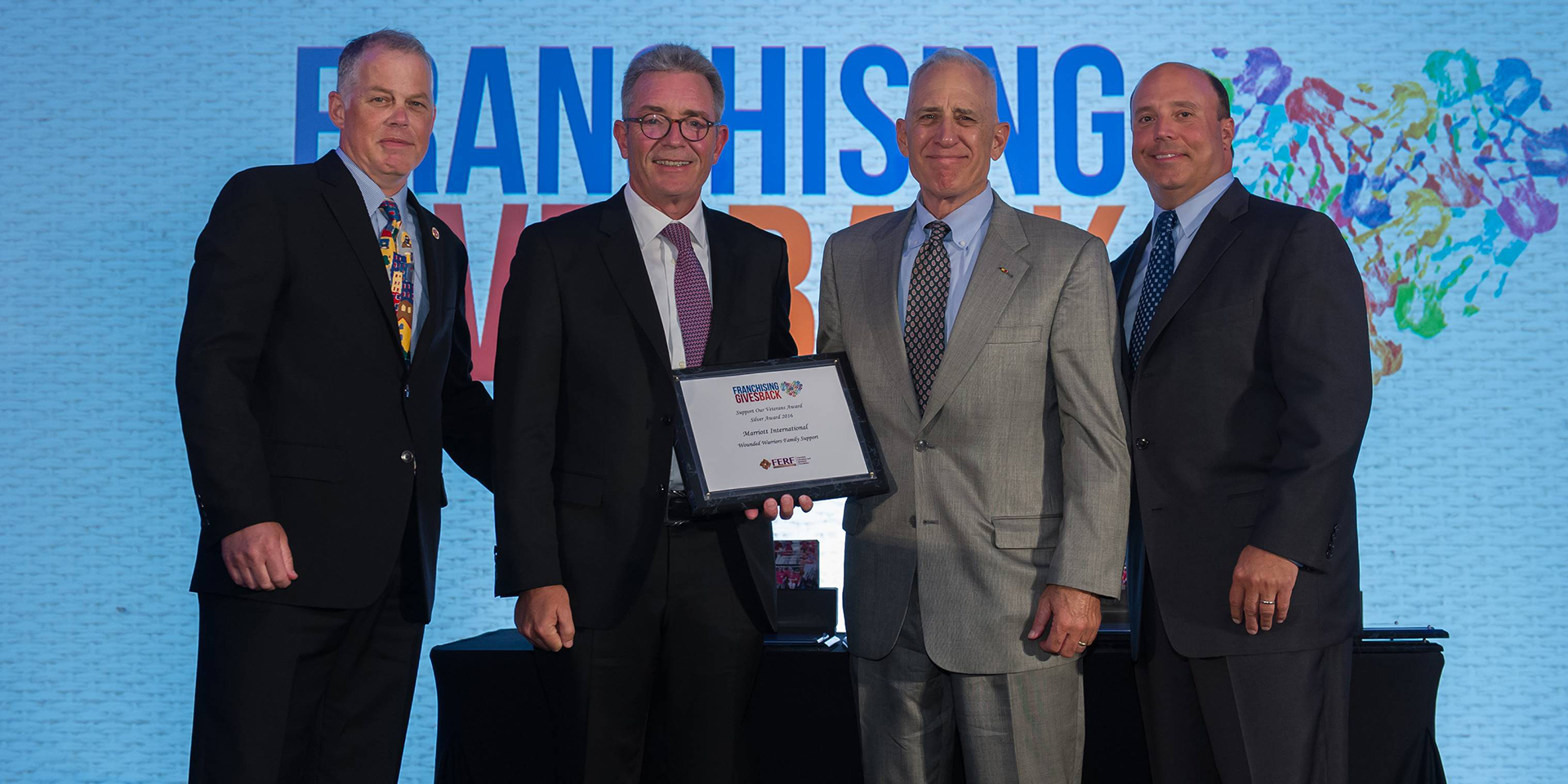 Bethesda, Md., 2016-Nov-11 — /Travel PR News/ — Marriott International (NASDAQ:MAR) was recently honored by the IFA (International Franchising Association) for its partnership with the Wounded Warriors Family Support organization. The “Support Our Veterans Award” recognizes a business whose charitable support program has gone above and beyond the call of duty to help those men and women who have served in the U.S. military and their families by making an impact through their local communities. Marriott has been a proud sponsor of the Wounded Warriors Family Support Tour for the past three years which has toured the U.S. to raise awareness for veterans and their families. The company has a long standing commitment to recruit veterans returning from active duty and this partnership with Wound Warriors Family Support is an extension of our work. Liam Brown, President, Select Service, Extended Stay and Owner Franchise Services, Marriott International accepted the award from Eric Stites, President of the Franchise Business Review on behalf of the company.