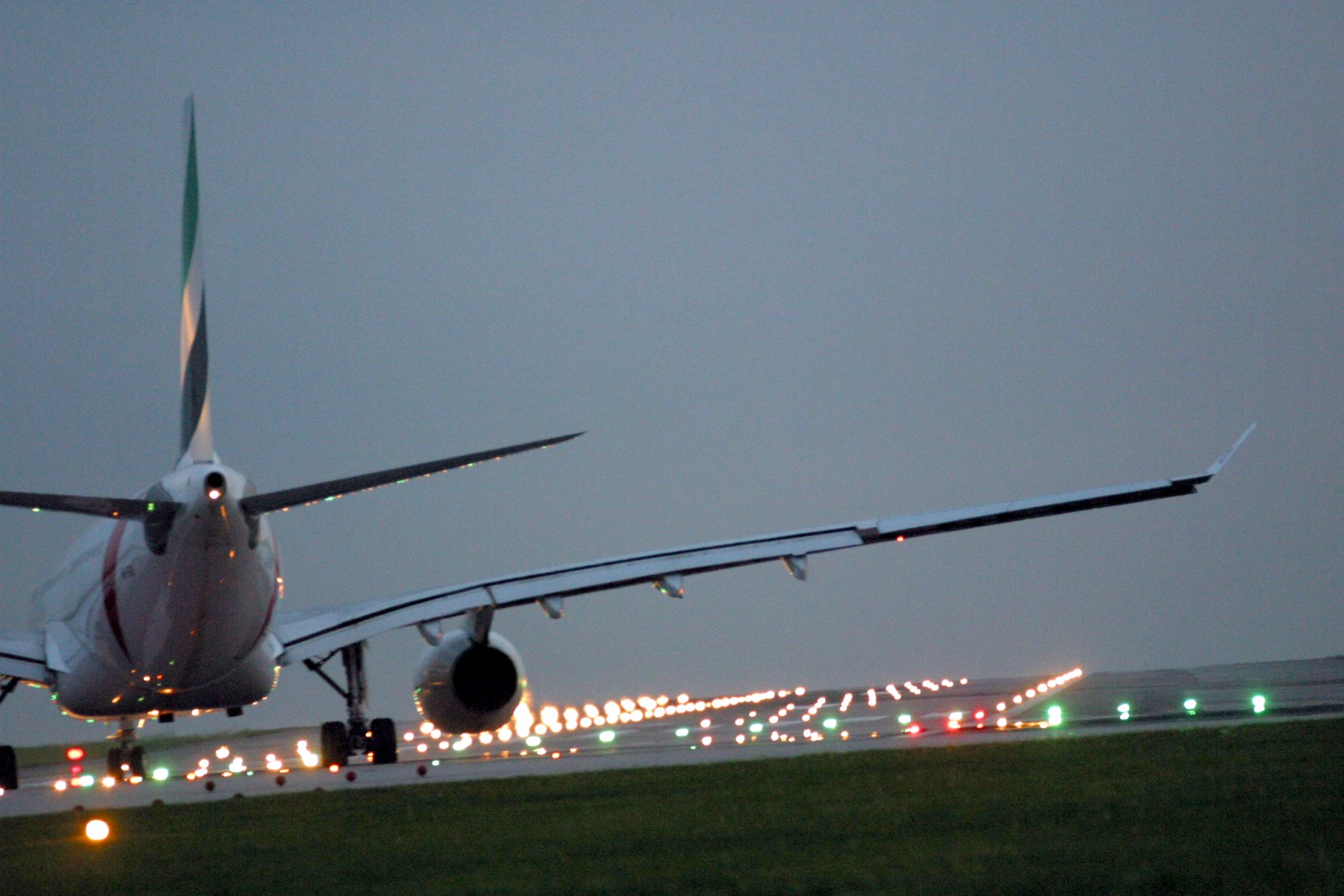 Manchester, UK, 2021-Nov-02 — /Travel PR News/ — Manchester Airport will become the first in the UK to have a direct feed of Sustainable Aviation Fuel (SAF) thanks to a partnership between Manchester Airports Group (MAG) and Fulcrum BioEnergy Limited UK (Fulcrum).

MAG – the owner of Manchester, London Stansted and East Midlands airports, has signed a Memorandum of Understanding with Fulcrum, which will support the development and delivery of SAF produced at a new waste to fuels biorefinery, in Stanlow, Cheshire.

As part of the agreement – backed by Business Secretary Kwasi Kwarteng – SAF will be supplied to Manchester Airport through a pipeline that already runs between Stanlow and the UK’s third largest gateway.

Fulcrum is a pioneer in the conversion of non-recyclable residual wastes into sustainable fuels. The new biorefinery, Fulcrum NorthPoint, is part of wider plans to establish the North West as the leading producer of SAF in the UK.

The partnership will also work to support a sustainable recovery from the pandemic, promoting green skills and jobs across the . Research by E4Tech in a Sustainable Aviation publication from 2020, showed that a North West SAF cluster could generate up to 1,520 jobs and £219m GVA annually in the North West and a total of 6,500 jobs and £929m GVA annually across the UK.

Fulcrum and MAG’s partnership will work to deliver on the opportunity SAF presents to decarbonise the aviation industry and could see up to 10% of the fuel used by aircraft at Manchester Airport replaced with SAF within five years of the Fulcrum NorthPoint facility becoming operational. The partnership will provide airlines operating from Manchester Airport – the UK’s third busiest airport – the ability to use SAF to help toward the decarbonisation of their flights.

“Today really is a landmark moment in our journey towards a decarbonised aviation sector. By working towards a future supply of SAF, direct to Manchester Airport via existing pipelines from a local refinery, we’re making sustainable operations accessible for airlines based here.”

“The introduction of SAF is testament to the innovation we have seen, and the collaboration between airports, airlines, the Government and suppliers like Fulcrum to achieve real progress towards our goal of Net Zero for UK aviation by 2050.”

“We are committed to ensuring that this progress continues through our role on the Government’s Jet Zero Council, on Sustainable Aviation and through our own targets in our CSR Strategy where we’re working to becoming Net Zero at our airports by 2038.”

“This partnership is a huge leap forward for the long-term competitiveness of Britain’s aerospace sector, demonstrating how, by going green, industry can create jobs and help level up across the UK.”

“Cleaner aerospace and aviation is at the centre of our plans to end the UK’s contribution to climate change by 2050. That is why we are backing sustainable aviation fuel with £180 million of support and working with industry to turbocharge low carbon aerospace innovation with £3.9 billion.”

Fulcrum NorthPoint will produce approximately 100 million litres of SAF per year – which when blended 50/50 with traditional jet fuel, could fill the fuel tanks of approximately 1,200 Boeing 777-300s. The fuel produced will have a CO2 footprint at least 70% lower than that of its traditional jet fuel equivalent and will be produced from residual household and commercial wastes, which would otherwise be destined for landfill or incineration.

Once blended and certified, the SAF can be used in aircraft without the need for modifications. Today’s announcement comes after MAG published its annual CSR Report last week detailing the Group’s work over the last 12 months in tackling climate change. MAG also announced that it is now offering passengers at all three of its airports the opportunity to offset their flight emissions in partnership with CarbonClick to support sustainability projects in the UK and abroad.

“Support for SAF in the UK has reached new heights and the development of the Fulcrum NorthPoint SAF facility in Cheshire will bring significant volumes of much needed low carbon fuel for airlines, either those based here in the UK, or flying in from overseas.”

“Our partnership with MAG as an airport operator will bridge airlines and fuel suppliers and make SAF accessible and more widespread within the sector. This collaboration will also support our ambition to cementing the North West as a centre for excellence for SAF in the UK, driving forward the Prime Minister’s 10 point plan for an industrial revolution.”

“The aviation industry is working hard towards the Net Zero 2050 target, and through our joint work on the Jet Zero Council alongside the Government, SAF will play an integral role in achieving it.”

MAG has been an industry leader in driving the decarbonisation of aviation, becoming the first airport group in the UK to be certified as carbon neutral in 2016 and is one of only two airport operators to sit on the Government’s Jet Zero Council.

The Group was also a founding member of industry sustainability coalition Sustainable Aviation in 2005 and helped to spearhead the adoption of the world’s first decarbonisation road-map for achieving net zero emissions from UK aviation by 2050. SAF will be one of the key mechanisms for achieving this target, alongside the introduction of more efficient aircraft technology and air traffic management changes.

MAG’s partnership with Fulcrum also follows the announcement last year of a competition to offer five years of free landing charges to the first zero emission flight from a MAG airport, valued at over £1m, demonstrating the Group’s commitment to the decarbonisation of the wider aviation sector.

MAG is the UK’s largest group of airports and will also use its new partnership with Fulcrum to explore opportunities to supply SAF to its other two airports at London Stansted and East Midlands.

Fulcrum BioEnergy Limited UK is a subsidiary of Fulcrum Bioenergy, Inc., which was founded in 2007, is a leader in the development of waste to low carbon transportation fuels and has attracted world class energy, airline and development partners since its inception. It is currently commissioning the world’s first household waste to fuels facility – the Sierra BioFuels Plant – located in Nevada, US.

The Fulcrum NorthPoint facility is in development at Stanlow and will be unique in the UK SAF industry. The project will use proven technologies currently being deployed at its facility in Nevada, therefore significantly reducing typical ‘first of a kind’ risks normally associated with new technology. Fulcrum was recently shortlisted for funding from the Department for Transport’s ‘Green Fuels, Green Skies’ competition, the proceeds of which will help develop the NorthPoint project further.

“SAF is today’s technology and proof positive that UK aviation has a bright and sustainable future ahead of it on our road to net zero carbon. Today’s announcement from MAG and Fulcrum marks a key milestone, as innovation moves towards reality with airlines soon able to make use of SAF from Manchester Airport, lowering our sector’s environmental impact and showing just what can be done here in the UK.”

“The agreement between Fulcrum and Manchester Airports Group has the potential to be a transformative step forward for sustainable aviation, for the Ellesmere Port industrial area and for the North West.

“Subject to a robust planning process and extensive engagement with communities, Fulcrum can support West Cheshire’s ambition to become a world-leading location for clean growth, create high quality STEM jobs within the region and support the decarbonisation of a hard-to-reach sector.”