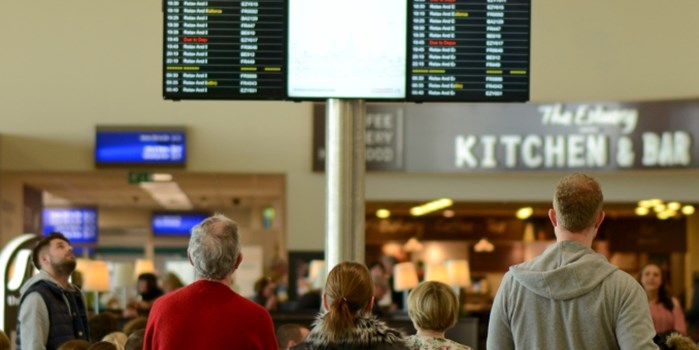 LIVERPOOL, UK, 2018-Jul-13 — /Travel PR News/ — Liverpool John Lennon Airport has once again been awarded a 5-star rating by the world’s leading air travel intelligence company, OAG for flight punctuality. With an on-time performance of 85.4 per cent of flights running on time, the 5-star ranking represents excellent performance over a rolling 12-month period.

Liverpool remains the only airport in the North of England and one of just three across the UK alongside Birmingham and Cardiff, to achieve a 5 star rating. Globally, Liverpool is listed in the top 10% of Airports.

Robin Tudor, LJLA’s Head of PR and Communications commented, “The Airport has achieved the 5 star highest rating consistently for the past 18 months now and this is recognition for all the hard work by staff from the Airport, airlines, handling agents and other companies working together to help flights operate on time.

Liverpool now has an excellent reputation across the industry for on time performance, which is important both to our passengers and to the airlines who choose to operate from here. We truly are the region’s faster, easier friendlier Airport.”

Caroline Mather, Marketing Director at OAG said, “Naturally delighted that Liverpool Airport have received a 5-star rating from OAG that recognises the levels of service offered at the airport. To be ranked so highly against other global airports reaffirms how much progress the airport has made in recent years both operationally but also in its network to the local travellers”

The full ratings from the OAG’s May 2018 On-time Performance Star Ratings, can be viewed at www.oag.com/on-time-performance-star-ratings