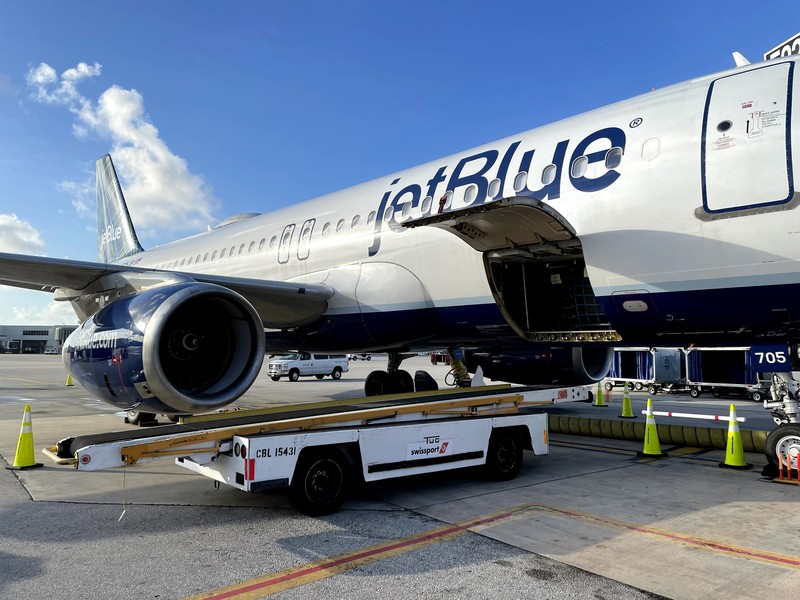 JetBlue new flights to Boston and New York from Kansas City (MCI) to start on March 27, 2022

“Time and again when JetBlue enters a new market, we drive down fares and introduce a whole new group of travelers to our award-winning service,” said Andrea Lusso, vice president network planning, JetBlue. “We’re ready to do it again when we land in Kansas City next spring as we grow our presence in the Midwest while also building out our New York and Boston focus city networks.”

“JetBlue’s arrival to Kansas City next spring will be a boost for the region and will bring more competition to two of the most popular destinations on the east coast,” said Pat Klein, director of Kansas City’s Aviation Department.

JetBlue will operate new routes using new A220 aircraft which offers the airline’s award-winning service featuring the most legroom in coach (a); free Fly-Fi, the fastest broadband internet in the sky (b); complimentary and unlimited name-brand snacks and soft drinks; free, live DIRECTV® programming and 100+ channels of SiriusXM® radio at every seat.

The Kansas City Airport System is an Enterprise Fund Department of the City of Kansas City, Mo., and is supported wholly by airport user charges. No general fund tax revenues are used for the administration, promotion, operation, or maintenance of the airports in the system. Visit flykci.com for more information. Find us on Twitter, Facebook, Instagram and LinkedIn.