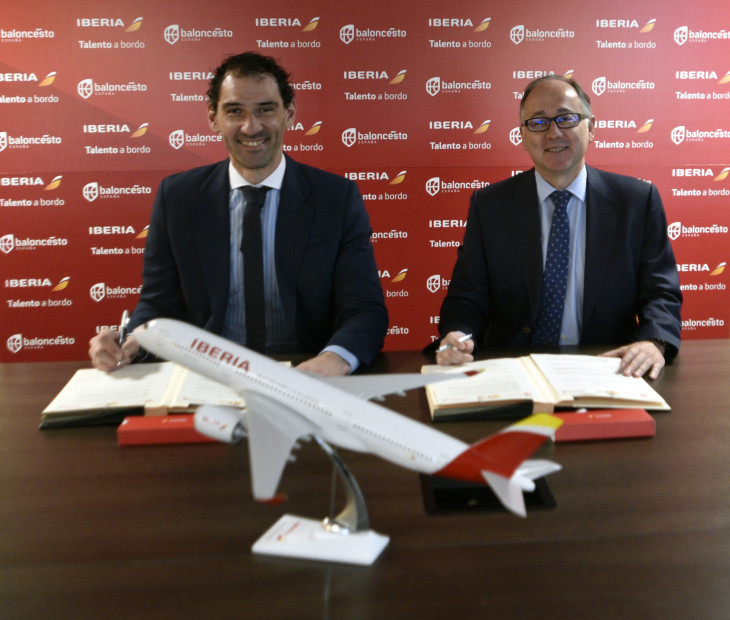 Iberia extends sponsorship agreement with the Spanish Basketball Federation through 2024

Iberia will facilitate travel by the men’s and women’s national sides to all their competitions. as well as trips by Federation officials.

In addition, Iberia’s next A350, to be delivered in March, will be christened Selección Española de Baloncesto in honour of the men’s team, which won the world championships in Chine last year, and the women’s team, winner of the 2019 Eurobasket competition, of the bronze medal in the 2018 World Championships, and of the silver medal in the 2016 Olympic Games

Iberia’s Gallego said, “We’re delighted to renew this agreement and to able to present to the Federation the aircraft that will bear its name. When we christen our new A350s –the most modern and advanced airline on the market today– we choose names that represent the best of our country, and our national basketball teams have given us some of our happiest moments in recent years.”

For the Federation’s president Garbajosa, “This is a great day, when a long-standing sponsor like Iberia again shows its confidence in the Federation, our teams, and Spanish basketball. I want the thank Iberia0s chairman and his entire team for their commitment to us. The agreement underscores the idea that we’re on the right path, and that our way of working allows companies as important as Iberia to keep betting on our basketball.” He termed the naming of a new aircraft for the national teams “a loving gesture that shows how close Iberia is to our teams and the Federation.”

Iberia also renewed its commitment to the government-sponsored Universo Mujer II  [Woman Universe II] project for promoting and expanding female participation in all areas of sport in order to contribute to improving society through sporting values. It seeks a more egalitarian society in which women and sport are an essential component of the growth of the country.

Iberia joined the first edition of the project in 2017. Version II seeks to penetrate more deeply into the social and cultural dimension of sport to drive a change in the lifestyle of Spaniards and to promote the practice of sport by women.