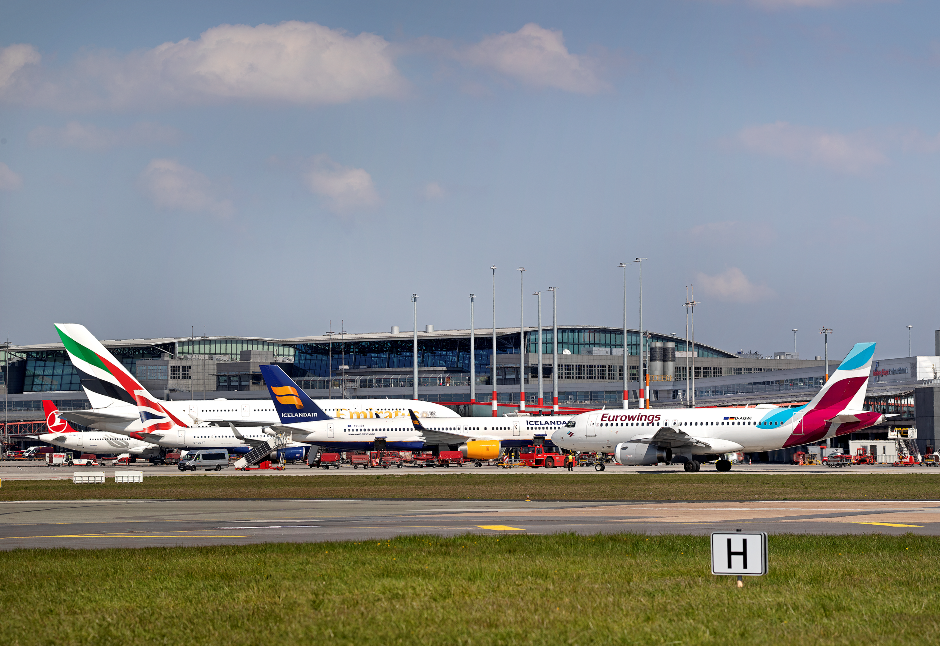 Hamburg, Germany, 2019-Oct-22 — /Travel PR News/ — The new winter timetable comes into effect at Hamburg Airport on 27 October 2019. It is valid until 28 March 2020. A total of 53,000 flights are planned at Hamburg Airport for the 2019/2020 winter season, which equates to around 330 flights per day. This is the same level of service seen in the previous year. Almost 8.3 million seats are on sail, an average of 157 seats per flight. The airlines are offering passengers a diverse selection of sun, skiing and city trip destinations. A total of around 60 airlines are flying directly from Hamburg to approximately 130 destinations.

“Our new winter timetable is starting right on time as we adjust the clocks for the end of daylight savings. The diverse range of routes on offer means our passengers can quickly escape winter for the sunshine or travel to Europe’s most beautiful ski slopes in just a few hours. The aviation market is on a path of consolidation, but the scale of the route network from Hamburg remains unchanged from the previous year,” says Dr Joergen Kearsley, Director Aviation Marketing at Hamburg Airport.

The choice is growing for Hamburg passengers to three popular destinations, with additional airlines flying the routes. From 27 October, Ryanair is launching a service to Gdansk in Poland, flying three times per week — every Wednesday, Friday and Sunday. The city on northern Poland’s Baltic coast, has a history dating back more than a thousand years and including membership of the Hanseatic League. Today, its highlights include a variety of cultural attractions and numerous architectural sights in the Bauhaus style.

Also starting on 27 October is a daily Eurowings service to Oslo. The Norwegian capital is returning to the airline’s Hamburg route network after a brief interruption. Oslo has a great deal to offer, and not just for city breaks. It is also the idea starting point for trips to the Norwegian fjords and nearby skiing regions.

On 7 November, Corendon Airlines is launching a weekly service to Hurghada, flying every Thursday. The Egyptian beach resort on the Red Sea attracts passengers from Hamburg in winter just as in summer, with its white, sandy beaches and colourful diving spots.

Pegasus Airlines, meanwhile, is boosting its existing service to Istanbul- Sabiha Gökcen from seven to ten flights per week. In Istanbul, passengers have an extensive choice of connecting flights, for example to Central Asia, the Middle East and other destinations within Turkey. And the impressive metropolis is a worthy choice for city break travellers, too.

A quick and comfortable trip from Hamburg to the ski slopes is a popular feature of the 19/20 winter timetable. A total of ten destinations served from Hamburg Airport offer ideal starting points for nearby skiing regions. Various airlines are operating the flights, providing a comprehensive service to Europe’s most important winter holiday destinations. A special benefit for passengers is the inclusion of ski luggage, subject to space, as part of the ticket price for many airlines.

From 28 November, Eurowings will bring Hamburg passengers to Innsbruck, Austria quickly and in comfort. And two airlines are flying to the cultural magnet of Salzburg, with both Eurowings and easyJet offering direct flights there from Hamburg. The popular Austrian capital, Vienna, can also serve as a starting point for a skiing holiday, and is served by both Eurowings and Austrian Airlines.

But it’s not just the Austrian Alps that are famed for their ski slopes; the Swiss Alps, too, are justifiably popular. From Hamburg, easyJet flies to Basel and Geneva. Snow enthusiasts have a choice of airlines on the route to Zürich, SWISS and Eurowings are flying to the Swiss city.

The ski slopes of the Bavarian Alps, meanwhile, are easily reached from Munich. Lufthansa and Eurowings both fly from Hamburg to the state capital of Bavaria. SUN-AIR, a British Airways franchise, will also take snow lovers to Friedrichshafen, where it’s only a short journey to Vorarlberg (Austria). Eurowings and Ryanair also fly to Milan in the winter, bringing skiers to the edge of the Italian Alps. And there are popular skiing regions in Europe outside the Alps, too. Norway, for example, is home to beautiful ski slopes that are seldom crowded, and they are easily reached from Hamburg via a Eurowings, SAS or Norwegian flight to Oslo.

Ryanair will be closing its base at Hamburg Airport on 8 January 2020. This means that the airline is withdrawing the two aircraft that currently have their fixed base here, along with the local staff. Ryanair will, however, continue to be a strong partner of Hamburg Airport, and will still be flying to numerous attractive destinations from Hamburg after closing the base. In winter 19/20, the airline will serve 17 destinations from Hamburg, and 14 during the summer 2020 period. Hamburg is a strong market and the airline will be working hard on behalf of its passengers to replace the Ryanair routes that have been lost.