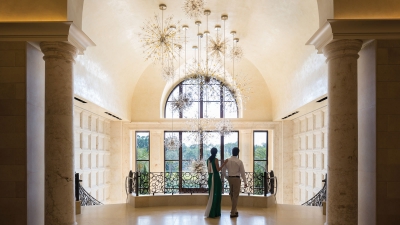 For the sixth year in a row, Four Seasons Resort Orlando receives the top honour for Central Florida

“We are extremely honoured to be named the #1 hotel within the category of Best Hotels in Orlando for six consecutive years,” says Thomas Steinhauer, Regional Vice President and General Manager of Four Seasons Resort Orlando. “This year, we are also immensely proud to be ranked among the top five of the Best Hotels in the United States. The credit goes to our amazing team of hospitality professionals who go above and beyond to provide caring, personalised guest service that has come to truly set our Resort apart.”

Guests of Four Seasons Resort Orlando enjoy complimentary transportation in a Four Seasons motor coach to Magic Kingdom Park, Epcot, Disney’s Animal Kingdom and Disney’s Hollywood Studios. Plus, guests also have access to enjoy the Extra Magic Hours benefit, with valid theme park admission. In addition to enjoying all the nearby Disney attractions, a highlight of Four Seasons Resort Orlando is the five-acre (two hectare) Explorer Island water park, including a winding lazy river complete with a rapids section, two water slides, an interactive splash zone with water cannons, and much more.  The Kids For All Seasons program offers organised activities for children ages 4-12, and is complimentary.  Adults will enjoy the adult-only pool, 18-hole Tom Fazio-designed Tranquilo Golf Course, and The Spa at Four Seasons. Recreational pursuits for guests of all ages are sure to provide ample entertainment.

The tenth annual Best Hotels rankings evaluate more than 30,000 luxury properties across the United States, Europe, Canada, Bermuda and Mexico. The methodology accounts for both expert and guest sentiment, the combination of which helps determine each hotel’s rank.