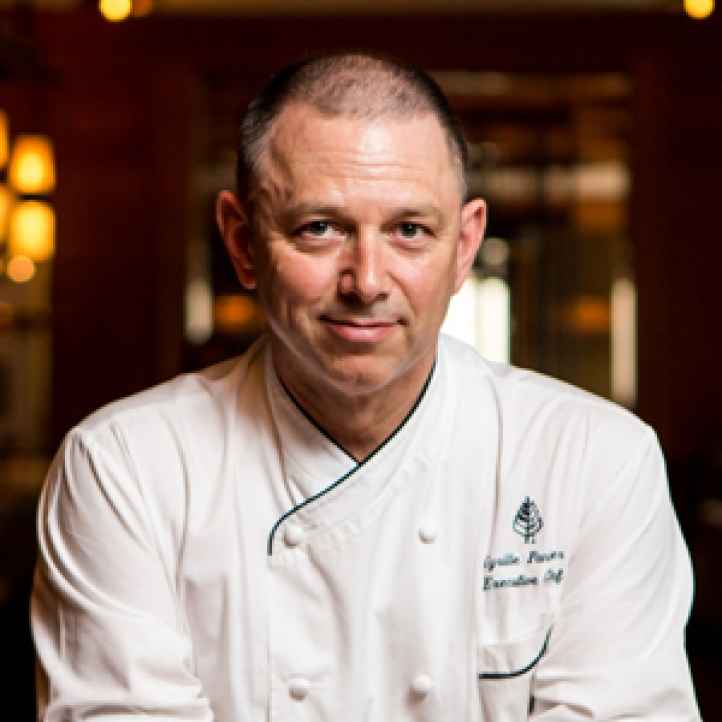 San Francisco, CA, 2017-Apr-24 — /Travel PR News/ — Four Seasons Hotel San Francisco welcomes veteran chef Cyrille Pannier as Executive Chef. Pannier has more than 30 years of culinary experience, spanning the globe from London and Los Angeles to Nevis and Palm Beach. As Executive Chef of the Forbes Travel Guide Five-Star hotel, Chef Pannier oversees all culinary aspects of the property, from the special events catered in the 15,000 square feet (1,395 square metres) of meeting space to in-room dining in one of the Hotel’s 277 guest rooms and suites.

Pannier’s tenure with Four Seasons Hotels and Resorts spans 20 years. His first assignment was as a Junior Sous Chef at Four Seasons Hotel London at Park Lane. Since then, his expertise has cultivated many relationships with chefs and vendors at Four Seasons properties in Los Angeles, Hampshire, Nevis, Dallas, Austin and Palm Beach.

“I cooked my first meal at about 14 years old and my mother had passed on to me her passion for cooking great food,” says Pannier. “I hope to bring that passion to this Hotel and give guests great food through fresh, seasonal and sustainable ingredients that are simply prepared.”

Another passion of Pannier is his involvement with Chefs Cycle, a fundraising endurance event featuring award-winning chefs and members of the culinary community in support of No Kid Hungry. This spring, three-day, 300-mile ride will take place just north of the Hotel in Santa Rosa, California with a goal of more than 250 chefs riding to help raise 20 million meals for kids facing hunger.

Prior to his time with Four Seasons Hotels and Resorts, he was the personal chef of Mohamed Al Fayed, the former owner of Harrod’s department store in London. He also worked at the Diplomat Hotel Manama in Bahrain, Hyde Park Hotel Knightsbridge in London, and various hotels in France.

Born in Le Mans, France, Pannier grew up on a farmstead in Arnage where he foraged for porcini and golden chanterelle mushrooms.

“I love to stay close to the true nature and flavour of the ingredient,” continues Pannier. “I have interest in new trends and techniques, but I draw a line when I can’t recognise the food that is served on my plate.”

When not in the kitchen, Pannier enjoys visiting famers markets and travelling with his wife and family.