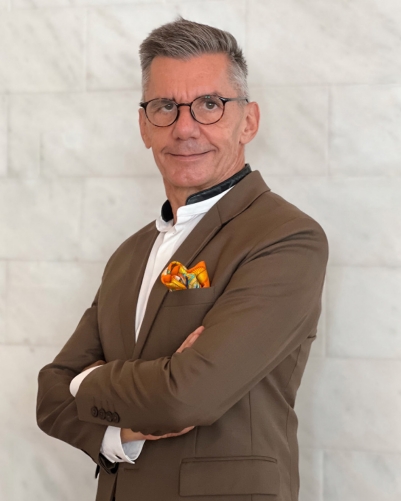 Kuala Lumpur, Malaysia, 2022-Jul-30 — /Travel PR News/ — Arriving from the breezy coasts of Vietnam, Blaise Montandon brings with him a vibrant energy, a buoyant positivity, and a wealth of experience in luxury hospitality. Newly appointed as General Manager of Four Seasons Hotel Kuala Lumpur, he is excited to come on board at a time when Malaysia has reopened its borders and is welcoming international travellers once again.

“The past two years have brought so many changes, including what people want from travel. Connection and personalization are more important than ever,” says Blaise. “At Four Seasons, we have long believed that life is richer when we truly connect with each other, and with the world around us.”

Under his leadership, the Hotel team is already devising new and meaningful ways for travellers to rediscover Kuala Lumpur. Adopting a resort-style approach of taking responsibility for the guest’s entire stay, both within and beyond the property, Blaise’s goal is simple: “for people to fall in love with this dynamic, kaleidoscopic city.”

Interestingly, Blaise applies the above philosophy not just to vacationers – but also to those travelling on work. He believes business travellers, too, want to engage with the destination, but have a limited amount of time and energy to spare, which is why Four Seasons is also expanding its portfolio of experiences tailored for business travellers: “think short, convenient and unique activities that make a work trip to Kuala Lumpur all the more attractive.”

Growing up in a small Swiss town, young Blaise first fell in love with the idea of hotels while holidaying with his parents around the country and in neighbouring regions. “I was fascinated by it all. The energy, the glamour, the opportunity to meet people from around the world. Even as a kid, I knew this was what I wanted to do.”

After graduating from the Hospitality Business School in Lausanne and studying management at the University of Lausanne, he cut his teeth at two reputed hotels in Geneva. Since then, he has led hospitality teams at diverse locations around the globe, including Singapore, Japan, China, Thailand and India, alongside stints in Europe and North Africa. Most recently, he served as General Manager of Four Seasons Resort The Nam Hai, Hoi An in Vietnam.

Thanks to his enthusiasm for new challenges and a desire to understand “how things work from the inside,” Blaise’s route through the industry has been somewhat unusual: from finance to sales and marketing to operations and development, via a wide range of pre-openings and multi-use development projects. Along the way, he has learned to prioritize what truly counts: building a close-knit team, having fun at work, and extending a sense of positivity and joy to everyone – guests, staff and community.

In his current role, Blaise is looking forward to cementing the status of Four Seasons Hotel  Kuala Lumpur as a favourite not just among global travellers but also local residents and expats. “Whether you want to celebrate a special occasion, take visitors out for a good time, or enjoy a staycation with loved ones, we want to be the Hotel of choice for the Kuala Lumpur community,” he says.

On the personal front, he cannot wait to immerse in the city’s gastronomic culture, especially its legendary street food. Also on the agenda: exploring the local art scene through museums, galleries and events. A creative thinker, Blaise loves to experience new cultures through their art forms: “they reveal so much about a place and its people.”