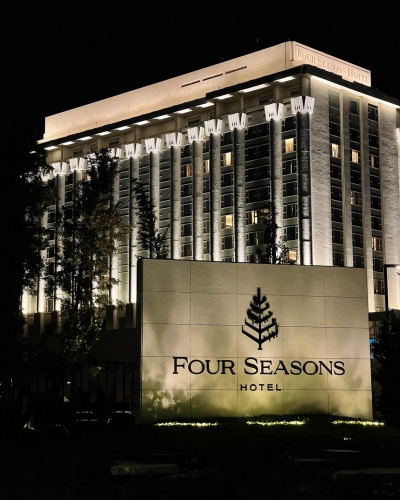 Every year Travel + Leisure readers vote for their favorite hotels, resorts, airlines, cruise lines, tour operators and more in the annual Travel + Leisure World’s Best Awards survey, and Four Seasons Amman is a reader favourite this year– the property in Amman was ranked #4 Top City Hotel in North Africa and the Middle East and is the only hotel in Jordan to achieve this award.

Four Seasons Hotel Amman also recently announced that it is the first and only hotel in Jordan to have earned the coveted Five Star rating from Forbes Travel Guide, the only global rating system for luxury hotels, restaurants and spas.

Visitors to Amman are invited to discover more than just world-class accommodation and culinary craftsmanship. The Hotel’s concierge team is ready to help guests explore Jordan’s capital and beyond by sharing their personal favourites and revealing hidden gems through exclusive excursions to the north of Jordan.